The games are card memory games, where you select two cards from the selection in a bid that they are a matching pair. The cards are concealed so you cannot see their values, so some guess work is involved to begin with. As you go, try your best to remember the cards you have found and where you found them. You rarely get a match the first time, so don't worry about that. After a few turns you should see a match, so then go ahead and chose that pair, and continue. If really helps to have a good memory to excel at this game, so you can remember what you have found so far and to use them later on.
You also have a 'Peek' option available to you, which can be found in the bottom right corner of the screen. This shows all the cards values for a short period of time, and within this time you can match pairs in your head. Remember two or three pairs only, then once the cards are concealed again match the pair up. Remember that the peek option only appears once per game. If you want to play a more challenging game, don't use the peek option.
The different games will test you further, such as matching the picture with the corresponding word card. Again memory plays a part, and you could try remembering just the locations of words and picture cards if remembering their exact meanings becomes to much.
You can increase the difficulty by having more cards on the screen. This is done by selecting the Cards Menu on the right side of the screen, and you have a choice of 8, 15 or 24 cards. Start with eight cards, then as you find yourself getting better move up to 15 and eventually 24 cards. You can also have a timer to time yourself (found in the System Setup).
Developed by:
Walt Disney Computer Software, Inc.
Walt Disney Computer Software, Inc. was established in 1988 as a subsidiary of Walt Disney Consumer Products, a division of The Walt Disney Company. Headed by Shelley Miles, it became the first Walt Disney entity to focus exclusively on the internal development and publishing of computer and video games. The operation was shut down in 1996 and reorganized as Disney Interactive. The company was an early pioneer in the video gaming industry, porting many games from arcade to home console systems, and developing its own games as well. Two of Sculptured Software's first in-house games were Ninja and Street Surfer.
Multiplayer:
No Multiplayer
Platform: 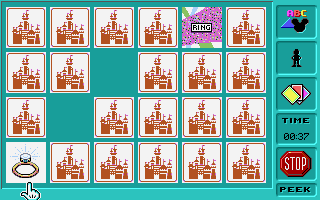 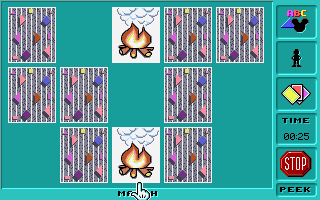 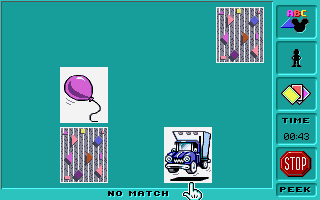 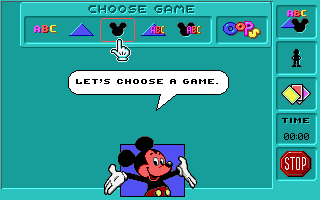 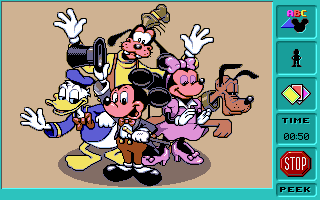 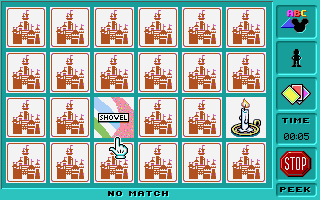 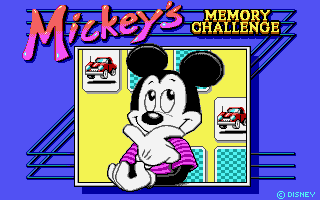 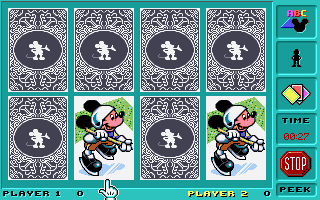