THE SOVIET AIRFORCE: AN OVERVIEW
When Hitler's forces rolled into the Soviet Union in 1941, the Soviet defenses were literally overwhelmed by the suddeness of the attack. Thousands of Soviet warplanes were destroyed - caught unprotected by the swiftness of the Blitzkrieg. But the Soviets worked day and night to replace the lost aircraft, even during air-raids. Much of the manufacturing was moved eastwards away from the frontline, out of bomber reach. Perhaps it is this economy of design, born out of necessity as supplies of raw materials became even more difficult, that still pervades the Soviet aircraft design philosophy.
Traditionally, Soviet fighter designs are produced by the Design Bureaux (OKB's) to fulfill a requirement published by the central bureau. The most famous of these in the West is the Mikoyan and Guryevich Design Bureau known more commonly as MiG. Sukhoi and Yakovlev (SU and TU) are also prominent if a little less known counterparts. The word MiG has become synonymous with the Soviet airforce or WS as it is known, due to the exploits, in export form, of its planes in the Korean and Vietnam conflicts. Regardless of the design studio, all Soviet aircraft share a common ideology - simplicity of design, ease of maintainance, toughness and where possible the ability to operate from rough unpaved airstrips of the shortest possible length. The MiG-29 for example, can take off from a strip of only 240 metres! (787 ft), the American F16 by comparison typically needs twice this.
WS cadets who pass the rigorous weeding-out process typically begin their jet-propelled flying career on an L29 jet trainer. These are flight instructor controlled flights (FIC), but gradually pupils will do more and more of the flying until, after a year's intensive training, they graduate from the Gugarin Higher Aviation Academy. Pilots are then sent to operational conversion units where they learn to fly supersonic planes such as the MiG-21, a MACH 2 fighter whose role the MiG-29 was designed to replace. The MiG-21 is encountered in this simulation in its export form - the Chinese built Shenyang F-7M.
Soviet training has traditionally concentrated on the basics of flying - formation flying, low level navigation and rigid regime of tactical combat flying. Historically this has led to criticism of soviet Air Combat Manoeuvres (ACM), as being too rigid and inflexible during actual combat - 'Show a soviet pilot initiative, and the next thing you know he's landing in Japan' as the joke goes - a reference to the famous defection of MiG-25 pilot, Lt Belyenko to Japan in 1976. This inflexibility has had more to do with the aircrafts' relative inferiority at dogfighting than any lack of ability on the part of the pilots. Recent advances in Soviet Aerodynamics in the shape of the MiG-29 and the SU-27 however, will probably lead to a new style of flying being taught at soviet air academies, although whether this will result in American - style 'Top Gun' schools remains to be seen.
The Soviet Airforce is known as the WS (Voyenno - Vosdushnye Sily) and is itself divided into two main divisions, the FA (Frontovaya Aviatsiya, or frontal aviation) which is the tactical wing and the DA (Dalnya Aviatsiya, long-range aviation) which is the strategic air arm.
In this simulation you will operate the MiG-29 initially as a pilot undergoing conversion training, before achieving combat status. In combat you will fly the MiG in a variety of locations within the Soviet sphere of influence. Each scenario has its own challenge and therefor tests the pilot in different areas of skill - air to air, air to ground, unguided missile attack and of course cannon.
Don't forget to use your MiG's amazing manoeuvrability to dodge missiles, deploy chaff to confuse radar guided missiles and flares for IR guided air to air missiles. Remember to study the performance characteristics of the aircraft you encounter - A 'Mirage' is a much more formidable opponent than a 'Shenyang'.
Developed by:
Simis Limited
Simis Limited was a development studio especially known for its flight simulator games. It was founded in 1989 by Jonathan Newth and Ian Baverstock and acquired by Eidos in 1995. In March 1998 there was a management buyout of the company which led to the formation of Kuju Entertainment. Kuju was originally an offshoot umbrella brand, that housed Simis as a flightsim brand. Later the company fully dissolved into Kuju.
Multiplayer:
No Multiplayer
Platform: 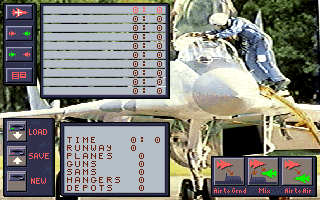 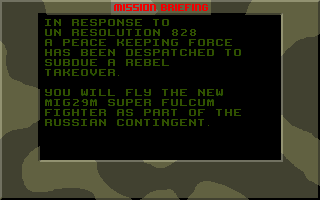 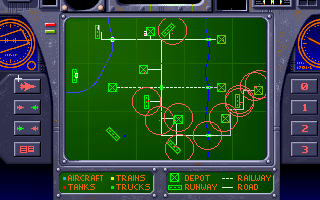 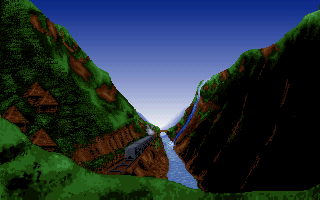 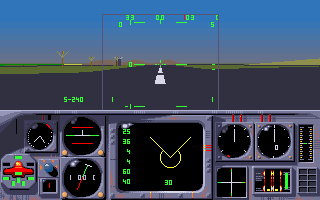 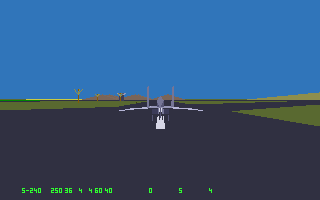 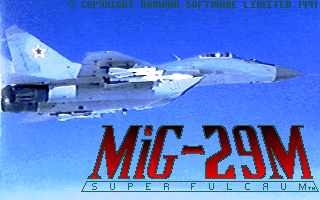