The old PC video game, Yacht racing simulator was released in the year 1986 for DOS platforms. The sports game features racing simulation and the player represent Australia in America’s Cup.
Win the cup for Australia
In the year 1983, happiness was in the air all over Australia when they heard the news that the domination of the New York Yacht Club over the America’s cup has ended. Hearing this happy news, all the residents of Australia became jolly and appoint the player to participate in the race and win America’s cup for Australia. The player needs to beat the Liberty to win the cup.
Learn to steer an actual yacht
In the game Yacht racing simulator, the player needs to take control over the rudder, jib, mainsail, and positions of the spinnaker to control the yacht. The tension and tightness of the angles of the sails are under the direct control of the player and he can control the direction and speed of the yacht by controlling the sails. The tension and tightness are depicted in black and white diagrams on the screen. The game offers a detailed manual which instructs the player on how to take command on the yacht and teaches him several techniques like tacking the boat.
The player needs to prevent his boat from colliding with the other boats. Along with this, the player needs to be attentive towards the changing conditions of the wind and wind shadows of the yacht.
If you are fond of sailing and take control of a yacht, then this game would be a great choice for you. Get ready to sail and compete with your friends. Let’s see who the real sailor is!
Developed by:
BRAYFORD & ASSOCIATES PTY. LTD.
Multiplayer:
No Multiplayer
Platform: 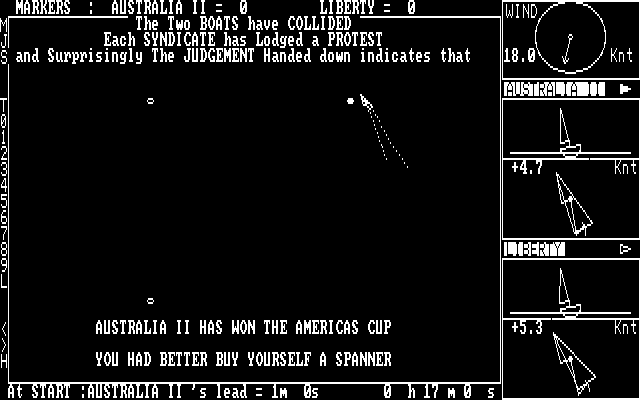 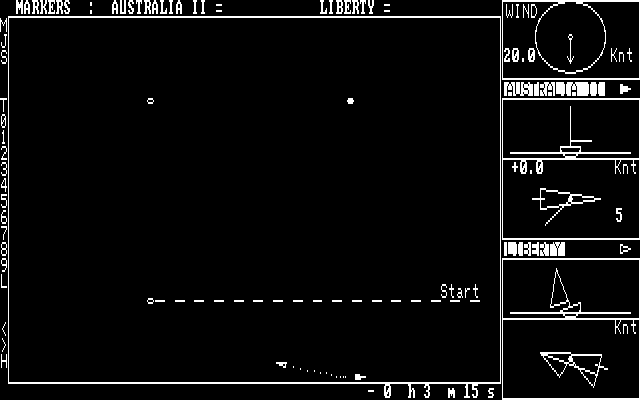 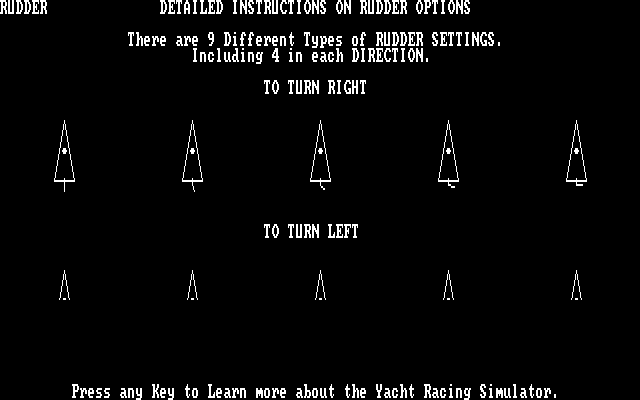 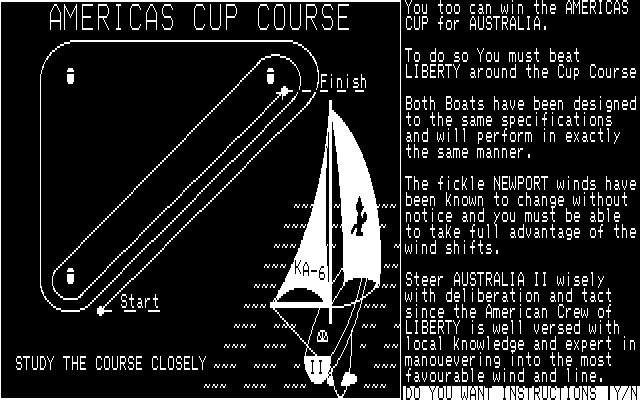 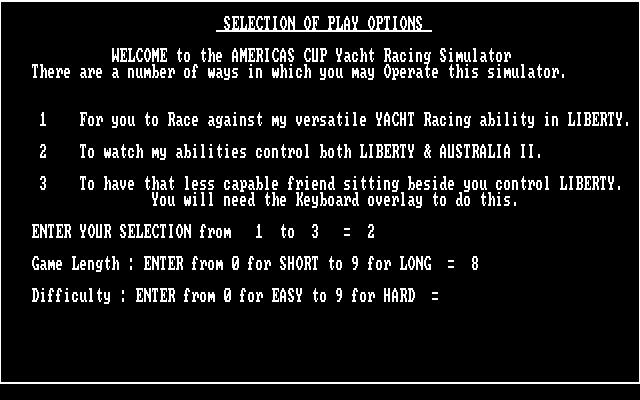 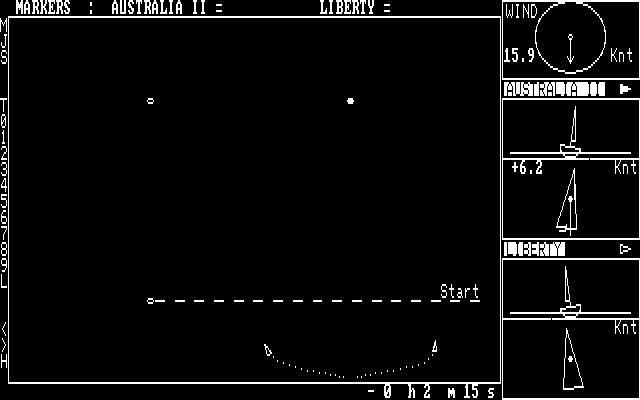 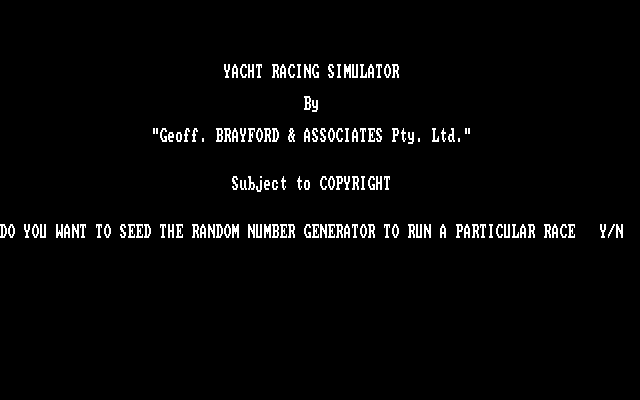 A very well done and simple simulator for sailing enthusiasts. The 2 boats have exactly the same performance but Liberty (the New York Yacht Club defender) is advantaged, according to the instructions, because the American team can better predict how the wind turns. That is always the case for the defender in the America's Cup ad it gives a big advantage to the AI that controls Liberty. What I am pretty sure happens is that the wind actually turns in favour of Liberty, based on their position in the regatta, almost all the time giving again the AI a huge advantage. To play the sim I suggest to run Dosbox at very low cycles to give you the possibility to control Australia II properly: when you have to control rudder, sail tension, change sail and continously check wind direction to put yourself on the most favourable tack requires some thinking. Very interesting is also the possibility to play the multiplayer version of this simulator with a friend at your side on the same keyboard; in this case the control buttons are completely different and not reported in the instruction inside the game but I have been able to found them all through attempts. Here they are: Australia II Esc=Esc Main=a Jib=d Spinnaker=g Left rudder=z Home rudder=c Right rudder=b Sail_0=2 Sail_1=3 Sail_2=4 Sail_3=5 Sail_4=6 Sail_5=q Sail_6=w Sail_7=e Sail_8=r Sail_9=t Sail tighter=1 Sail loose=y Liberty Esc=backspace Main=k Jib=; Spinnaker=~(alt+126) Left rudder=n Home rudder=, Right rudder=/ Sail_0=8 Sail_1=9 Sail_2=0 Sail_3=- Sail_4== Sail_5=u Sail_6=i Sail_7=o Sail_8=p Sail_9=[ Sail tighter=7 Sail loose=] Fair winds guys!
Play NOW ! Run In Browser Download Submit review