After a century of relative peace, the Avatar of Virtue is summoned back to the medieval kingdom of Britannia to deal with a new threat: the usurper Lord Blackthorn, a formerly honorable nobleman who has been corrupted by strange new creatures called the Shadowlords. After the recent disappearance of the true king, Lord British, the realm has fallen under martial law. Blackthorn now rules the land by brutally enforcing the eight Virtues upon the people of Britannia - corrupting their meaning in the process. The Avatar must gather together his former companions, now made outlaws by Blackthorn's regime, and venture forth to defeat the vile Shadowlords and recover the true king from the shadowy depths of the Underworld.
Developed by:
Origin Systems Inc
Artificers of some of the greatest gaming franchises the world has ever known they are, and forever will be, scions of a golden age. We salute you, Origin. We salute you. Established in 1983, Origin (or Origin Systems) has become well known their Wing Commander, Ultima and Privateer titles. Acquired by Electronic Arts in the early 90's, Origin has recently been working on internet-only software, with the Ultima Online series.
Multiplayer:
No Multiplayer
Platform: 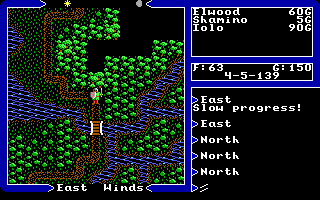 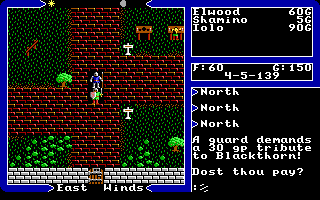 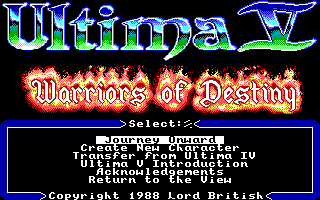