You're a cop, but not the kind that buttons up big and blue with a soft walk and a big stick. It's years in the future and you're a Technocop, a member of the Enforcers -- the most elite crime-fighting force in the world. Your task is to capture or eradicate a ruthless mob of creeps, hit men, and criminals called DOA -- that's short for Death On Arrival.
To clobber DOA thugs, you're equipped with the best crime-stopping weaponry that 21st century technology has to offer; a high-powered criminal radar locator that any DOA punk would just die to get hold of, an .88 magnum pistol to stop 'em cold, and a net gun to bag 'em-up.
And check out your car! Not just any souped up cruiser's good enough for a Technocop. You're about to take the wheel of the Enforcers' newest, high- speed pursuit-and-destroy vehicle: the VMAX Twin-Turbo Interceptor. Handcrafted in Italy, the VMAX can rev to speeds over 150 mph and packs a powerful, side-mounted can, among other surprises.
Belted into your VMAX, you'll speed down tread-wrenching highways, keeping your eye on the crime computer in your control panel for up-to- the-second info on crimes in progress and mug shots of perps. Race to a series of 11 tenement buildings to search out unscrupulous DOA kingpins. The radar in your computer wrist console helps you pick your way through dilapidated hallways to home in on the big thug chiefs. While scouting out the buildings, you'll have to deal with roving DOA hit men who will stop at nothing to protect their bosses. These goons come after you with every illegal weapon in the book, so be ready. You're tough enough to withstand four fatal hits, but when you lose your fifth life, you're out of the game. Remember the golden rule of crimefighting: Eliminate all thugs before they eliminate you.
Ready to ride? Good. But be careful -- once you rev up the VMAX, you need to keep your wits about you to search out and subdue these DOA slimeballs. Otherwise, it's sayonara, Technocop...
Developed by:
Gray Matter Inc.
Gray Matter was founded by Chris Gray in Oakville, Ontario, Canada. Chris, fueled by the success of Infiltrator from Mindscape, went off on his own to develop games. Before problems with the Canadian government over labor issues and a general decline in the entertainment market brought Gray Matter to bankruptcy, it was Canada's largest game developer.
Multiplayer:
No Multiplayer
Platform: 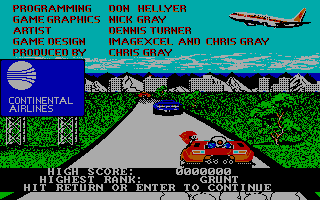 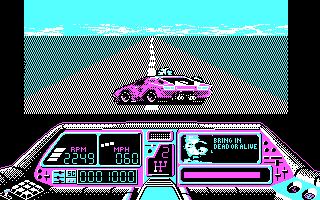 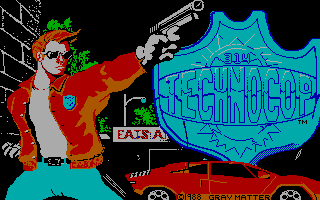 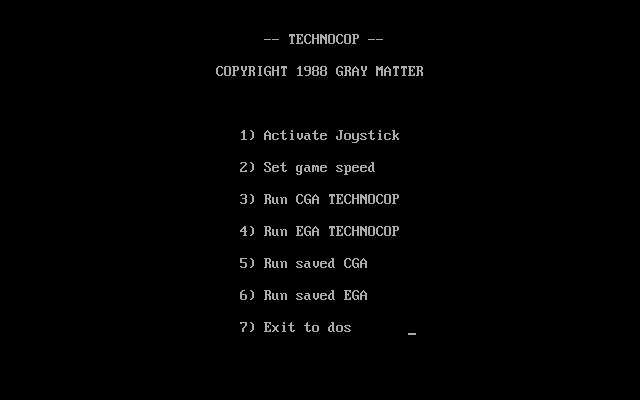 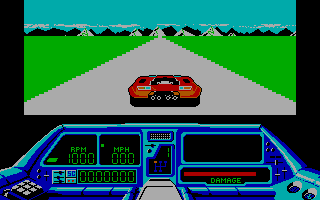