Realms of Arkania are a single player video game. The role-playing game was released in the year 1992. The series of the Realms of Arkania consists of three parts, which are as follows.
• Kingdom of Arkania: Grimring sword
• Kingdom of Arkania: Stone of salamander
• Kingdom of Arkania: Darkness on Riva
Kingdom of Arkania: Blades of destiny
This is the first game of the series. The three-dimensional video game can accommodate up to six characters. In the game, the player moves through three-dimensional cities and caves. In the game, the Orc head has allied all the communities of the orcs and has planned to destroy the territory of the humans. The chief of Thorwalians hires the player to find the sword of Grimring to prevent the attack on Thorwal by the Orcs. In order to find the sword, the player needs to discover the map of the treasure, which will display the sword’s location. Kingdom of Arkania: Star trail
As the invasion by the Orcs on Thorwal fail, they aim at destroying another territory. The chief of the elves calls up the player in the city of Kvirasim. The player needs to find an ancient artifact, which wills connect, the dwarves and elves for the fight in opposition to the orcs. Kingdom of Arkania: Darkness on Riva
This is the last game of the kingdom of Arkania series. After the player connects the dwarves and the elves, the association halts in the town of Riva. The orcs have established their authority on one of the important mines after several major attempts. The player needs to take over the authority of the mine from the orcs and eradicate their rule.
Developed by:
Attic Entertainment Software GmbH
Attic was a German software developer founded in 1989 and closed in 2001. Attic was founded by Hans-Jürgen Brändle, Jochen Hamma and Guido Henkel in the German town of Albstadt. All were equal partners in terms of ownership over the company.
Multiplayer:
No Multiplayer
Platform: 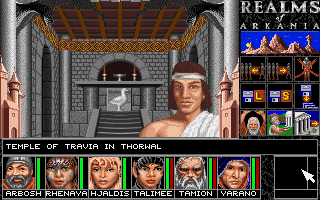 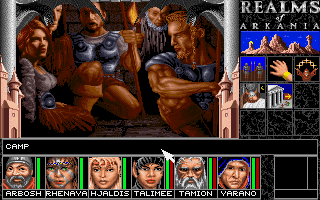 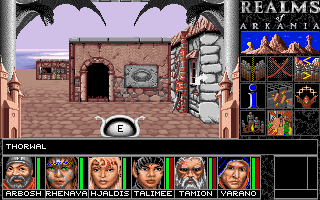 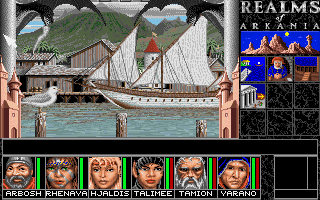