Klax is an old PC game, which is quite interesting to play. The game is somewhat addictive.  It is a colorful game in which the player controls a panel of gray color. The player needs to catch the squares that are colored and are coming towards the player. Whenever a player misses a colored square, he loses one of his lives. Moreover, whenever the player catches a colored square, he needs to place it in one of the given five slots. After you make a klax, which means a straight line consisting of three colored squares, the colored squares vanish. The game might appear simple but it is not. The game is challenging and tough. The game requires your attention and demands your focus. The game is somewhat like the puzzle games.  Although the game does not contain any fanciful graphics or a storyline like the other action or mystery games, still the game is fun to play and interesting. The game can keep the player grasped into the game for long hours. The sounds are done well and the player will enjoy playing the game. The player will enjoy saving his or her life by catching the square. The color of game Klax  makes it graceful in display. The game requires the attention of the player and  can be used to increase the intellects of the player.
Developed by:
Midway Games West, Inc.
Atari Games Corporation was a subsidiary of Time Warner Communications. It was founded in 1985 after Time Warner sold the console and computer divisions of Atari, Inc. (which continued operations as Atari Corporation). Atari Games Corporation kept Atari's arcade business. Warner Communications sold off its controlling interest to Namco in 1985 (which were bought back by Atari employees in 1986). At this time, the company founded Tengen, Inc. to get foot into the console market. Time Warner bought the controlling interest back in 1993 and made the company a subsidiary of Time Warner Interactive, Inc.. In 1996 it was sold to WMS Industries which made it a subsidiary or Midway Games, Inc. and renamed it to Midway Games West, Inc. in 1999. It remained in the arcade business until 2001 and was closed in 2003. However, the entity was not dissolved until 2013 (and, along with the rest of Midway, became property of Warner Bros. Entertainment in 2009).
Multiplayer:
No Multiplayer
Platform: 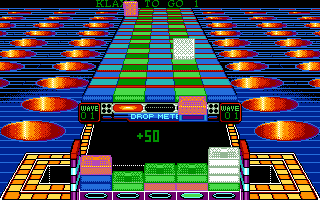 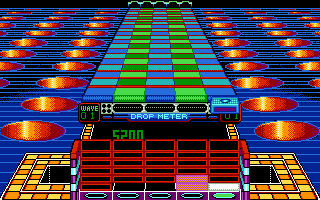 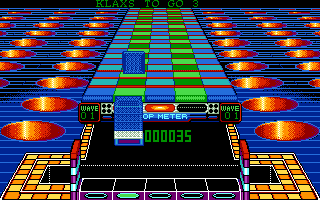 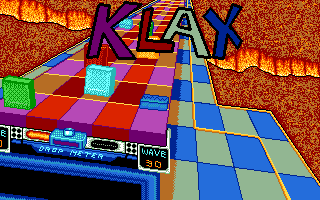