At the end of the universe, far beyond human imagination exists the galaxy of Quintarn. Races of all sorts have existed together in harmony for centuries. Some races have kept to themselves, while still others have carried on trading and bartering throughout the universe. One race amongst all others has been known for its peaceful nature and generousity, the race called Verdosian. This race has always inhabited the planet of Orbixin.
Long ago they were chosen as the ones to form a government to help all others in the galaxy. Another race known as Norb were always quiet, strong individuals who kept to themselves. All other races began avoiding them long ago because of their inhospitable manner. Since they always did keep to themselves, nobody suspected anything of them.
Little did anyone realize that the Norb were developing weapons and power in an attempt to takeover Orbixin and form a new rule. This is where you, Rip Croc, reptilian bounty hunter who soars the galaxies searching for easy jobs that pay big bucks bucks, come into play.....
Normally, all you've ever used are your neutrons and your stinger because all your money is spent on riotous living and fast reptilian babes. Your home is your ship and your life is fast paced. On a binge one night in the Vectar sector of Quintarn, you are called on your ships communicator by the Verdosian chief. He quickly tells you of an invasion of Norb from Sandar. They take over the planet of Orbixin swiftly and take hostages to a nearby asteroid. The planet is quickly converted into a headquarters for the Norb and their judge. The chief promises an amount of money so large that despite your fear of the Norb, you agree. You look at the veluptuous reptilian babe you are holding and say, Keep that tail warm baby, I'll be back in two shakes of a snagfroos gallast. You reach the sector and attempt contact with the chief but are cut off by interference. You sit and watch the planet because your radar detects a shield around the planet of Orbixin.
Suddenly, three Norbian fighter craft zoom into view. They signal the planet and head for the surface. "Now's the time", you decide. While the shield is down for the craft, you follow them in to the holding perimeter. You land as quietly as possible and throw your weapons onto the ground. You take a deep breath and climb out of your ship.... 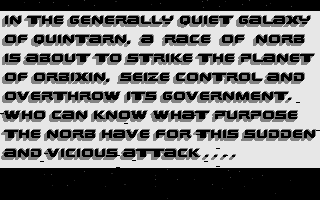 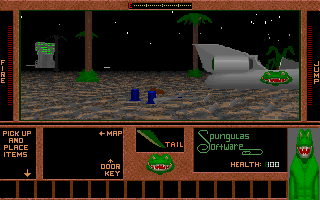 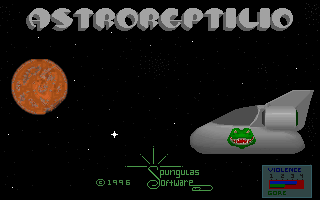 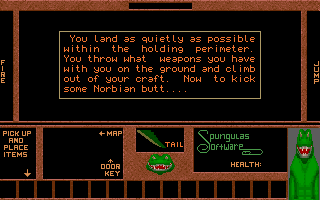 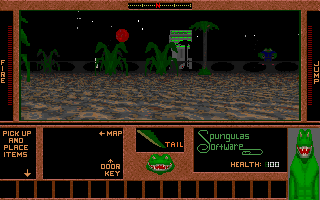 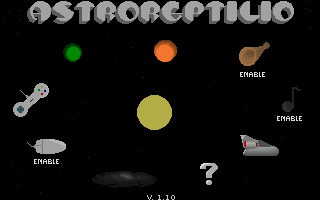