Three small cruisers in line ahead formation steamed in the calm waters of a South Atlantic sunrise. The air was clear, and as the brightness increased it became apparent that it would be day with limited visibility. “Smoke! Smoke, bearing green-45!”. All binoculars on the bridge of the flagship swung about to search the indicated bearing. “Can you make it out, Number One?” the Captain asked. “Sir, yes, I think it is a Pocket Battleship!” “Very Well, Number One, call away” “ACTION STATIONS!”
ACTION STATIONS! is a tactical-level simulation of naval surface combat for the period 1922-1945. ACTION STATIONS! began as a series of mathematical models designed to simulate individual aspects of naval warfare. The author, an active duty naval officer at the time assigned to the Centre For Naval Analysis (a Federally Funded Research Corporation “Think Tank”), was interested in using computer artificial intelligence for tactical decision making.
A simulation was needed to provide substance to theories. The World War 2 period was selected because of the wealth of unclassified data and combat experience. It was evidently early in the project that a very fine-grain, detailed simulation was required. More than in land combat, battles at sea can be greatly influenced by the smallest details. To simulate the command process a comprehensive model was developed to encompass the myriad factors which influence sea battles.
An important research resource was the wargame rules used at the US Naval War College between 1922 to 1945. In this period wargaming was a major component in the education and research conducted at the College. By using comprehensive rules and “Fire Effect Tables”, the War College was able to simulate, with considerable accuracy, the combat power of a warship under varied conditions. However, without computing power the War College’s mathematical models had to be simple. Damage assessment was primitive and deterministic. Even so, a single game would require teams of umpires, often over fifteen full-time professionals. But in spite of its limitations “The Game” was used so extensively and successfully that after World War 2 it was remarked that “only the kamikaze” was a surprise to the professional naval officers of the era.
ACTION STATIONS! has taken the wargames of the 1930’s to their ultimate expression, incorporating modern computer modelling techniques (similar to those taught at the Naval Postgraduate School) with an enormous historical data base. Naval engagement can now be duplicated with outstanding fidelity.
ACTION STATIONS! is unique. Most commercial wargames have been written by programmers who concentrate on graphics and flash, and hope that their simulation is creditable. In ACTION STATIONS!, mathematical models of naval combat used by professional Operations Analysts were adapted for a commercial naval combat simulation. To ensure state-of-the-art presentation, programmers and computer scientists (employed by such companies as Compaq Computer and NASA) joined the project. As a result, ACTION STATIONS! is an unbeatable blend of accuracy and playability.
ACTION STATIONS! is easy to play. It runs from clear, organized menus which prompt you for orders and screens the response to prevent errors. Information is easily retrieved from “status boards” similar to those used on warships. The Battle Plot display is easy to use and flexible, using symbolism similar to the US Navy’s Tactical Data Systems (NTDS). The commander can choose to direct each ship individually or to allow various “Automatic” computer options to help him fight his force.
Vast care has been taken to screen information - the “fog of war” is maintained by only showing information that a commander would reasonably have in the given battle situation. Every effort was made to retain the tension, look, and atmosphere of a warship’s combat information centre. The heart of the simulation is the gunnery, torpedo and damage models. They are comprehensive and accurate, as you will see when reading through this manual.
The test of a good simulation is that it reflects reality, that it rewards proper decisions and penalizes mistakes in an accurate and realistic (rather than in an arbitrary) manner. There are few “fudge factors” included in this simulation: they are not needed.
The simulation was extensively tested against combat experience. For example, the Battle of Denmark Straits was re-enacted by duplicating the exact track of the ships, the weather, wind, environmental, and gunnery factors. The program deterministically scored its first hit on the Hood within 120 yards of where the hit actually occurred. Hit rates for the engagement were duplicated within 10%. ACTION STATIONS! is accurate. The replayability in ACTION STATIONS! is enormous. 30 scenarios are included in the package, representing the majority of World War 2 engagements and many hypothetical situations. The “Computer Warrior” opponent is wily and unpredictable enough to allow satisfying play of each situation, either side, many, many times. A Randomization routine allows you to mix up the initial placement of ships in a scenario for a new look, and a Scenario Builder allows you to set up your own situations using a library of over 180 ship classes. Additionally, the Scenario Generator can create an infinite number of computer battles based on your desires. This is a game which you will play for YEARS.
For most people, there is a irresistible urge to break open the box and try to play without slogging through a 160 page manual first. Do it! Follow the QUICKSTART guide and you will be blasting away in minutes. However, eventually, come back to the manual and read it closely. It is the only way to get the most appreciation from the simulation. Do not be intimidated by the size of the manual.
A comprehensive manual was written so that you could understand WHY as well as HOW, and so that you could more thoroughly enjoy all the capabilities and features. Confusion to your enemies.
Developed by:
Alan Zimm
Multiplayer:
No Multiplayer
Platform: 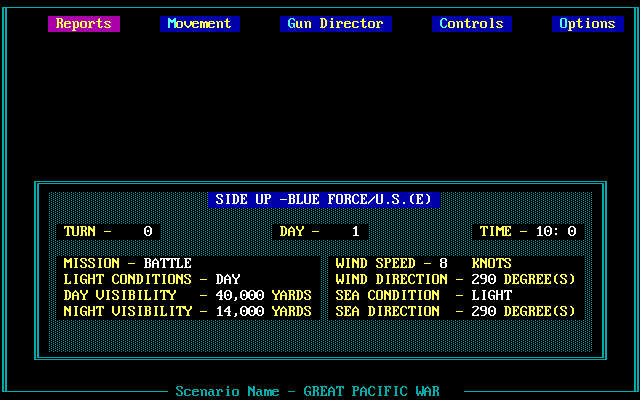 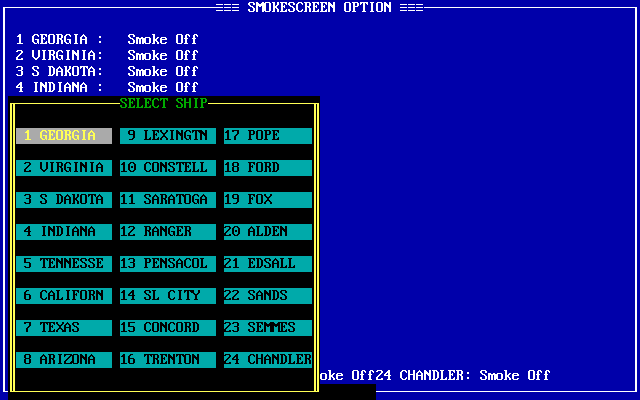 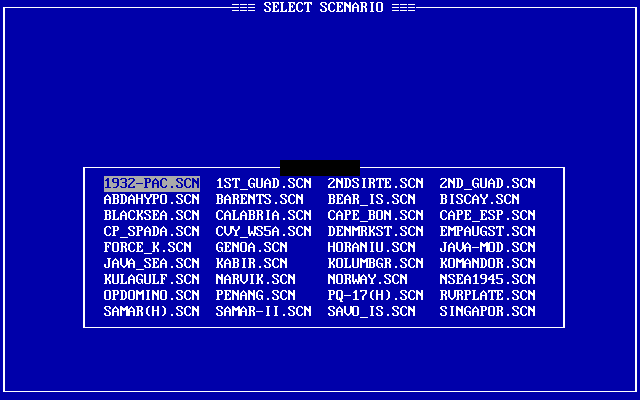 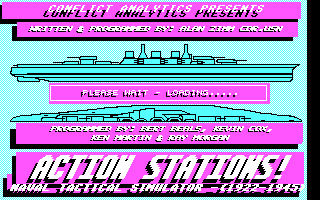