For many years, Wiz and his fantastic Cat lived happily in brightly coloured Wizworld. All was not well however as a malevolent force had discovered the vista and indended to stamp out brilliance once and for all.
The evil Zark and his horrible sprites have moved in to eliminate the spectrum and render all landscapes drab and grey.
So jump in your transporter and with the help of your faithful servant Catelite restore Wizworld to its former glory.
Collect icons for special effects as you manoeuvre to shake off the alien forces. Stunning graphics create the mood for a thrilling and compulsive game with hordes of hidden features and extra controls.
The landscapes in Wizworld are comprised of three colours each. Your objective is to restore these original colours by shooting the RED, GREEN and BLUE colour bubbles and then use Cat to collect the droplets of chemicals as they fall to the ground. Droplets collected will be stored in the cauldrons displayed at the bottom of the screen, until such time as you have enough of each colour to make the target colour displayed in the cauldron to the far right. In the three levels which have aliens on, one has red, on has green and one has blue. It is therefore necessary to move between the three levels using the tunnels to collect all three colours.
To complete a level you must colour in all three shades of grey, darkest first. After each type of colour is completed there is a bonus stage.
When certain aliens are killed they will deposit a green pearl which will remain stationary on the screen. If Wizball passes over this pearl and picks it up the first icon on the top of the screen will glow, this indicates Wiz has the option to select the feature represented on the icon. If you want to select to another feature collect more pearls until the icon you want is glowing.
Developed by:
Sensible Software
Founded in Chelmsford, Essex, UK in 1986 by Jon Hare and Chris Yates, two former school friends, Sensible Software was one of the most successful European development teams throughout the 8 Bit and 16-Bit eras, creating no less than seven #1 games in the UK in their 13 year history and scooping many industry awards in the process. Well regarded as eccentric mavericks, the team produced some strange and original games over the years. They later moved their offices to the Cambridgeshire town of March before settling in Saffron Walden, Essex in 1993.
Multiplayer:
No Multiplayer
Platform: 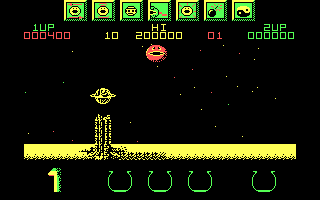 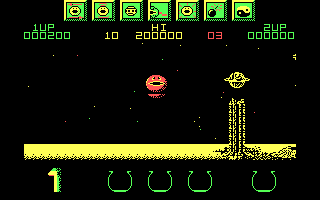 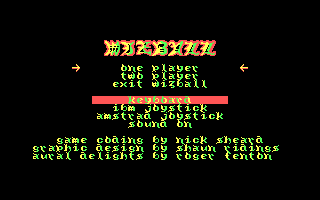 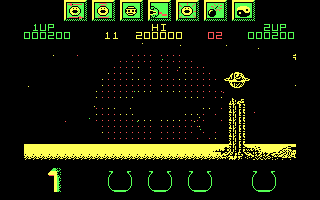 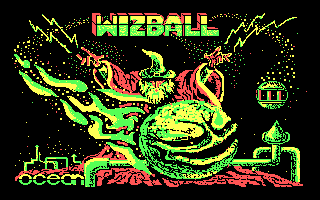