Tongue of the Fatman

The tongue of the fatman is a fighting game of 1989. It is also known by the name Mondu’s fight palace. In the game, the player needs to fight with Mongu, who is a Fatman. Mongu is the winner of the combat palace and the final hurdle in the game. His special talent is his ability to “tongue-lash”. In tongue lash, the belly of the player opens and a tongue comes out of it which eats the enemy.
Choose your own character
In the game, the player gets the chance to choose between 10 races. All the races possess their own specific moves. In the initial stages of the game, the player has only three races to choose. However, as the game progresses, the player can unlock new characters by defeating those characters in combats. The races which are present in the game are as follows.
• Humanoid
• Cyberdroid
• Cryoplasts
• Amazoid
• Bi-husker
• Rayzor
• Mammoth
• Puftian
• Colonoi
• Celluloid
Let’s play the game
The game the tongue of the fatman status bars. The blue-colored bar depicts the hit points of the character, the green-colored bar states the favor of the crowd and the red-colored bar tells about the techniques’ effectiveness. The status bar of the game is a smart balancing tool which decreases the reliability of the spamming attacks. All the characters possess 15 standard moves and a specific ability which are different for different races. The player gets three lifelines. When the player dies, he needs to pay a hundred dollars to the doctor to bring himself back to life. The player earns the currency after completing a particular match. He can wager and increase the amount of money.
Developed by:
Brian A. Rice, Inc.
Brian A. Rice, Inc. was a third party development house, located in the southwest suburbs of Chicago, that did PC and console development. Brian A. Rice, Inc. began as a developer of educational software for the Apple II... as the PC emerged the company moved into gaming, doing titles for Mindscape and Activision... eventually console titles were developed for companies like SEGA, Atari, Activision, and Sunsoft. The company was started in 1981 and lasted to early 1996... as success came to the company, so did an increase in the number of titles and workload... finding additional talent and budgets to match the workload proved to be the downfall of the company.
Multiplayer:
No Multiplayer
Platform: 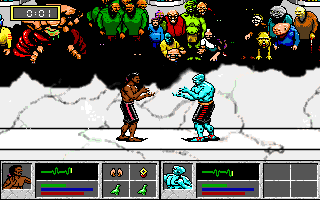 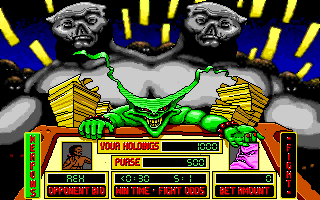 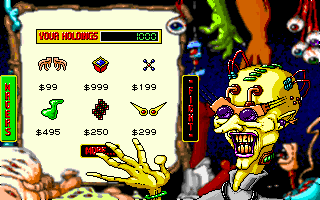 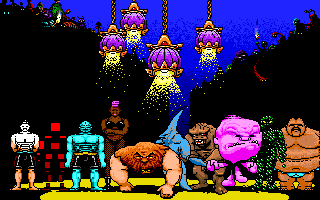 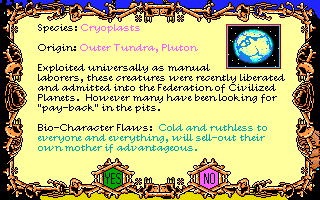 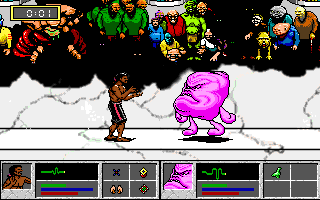 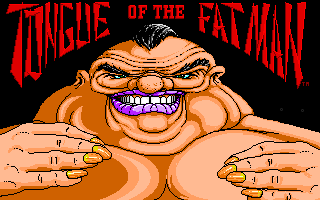