The Train: Escape to Normandy

August 1944. Occupied France is soon to be liberated by the advancing Allies. The German grip on Europe is crumbling and an evacuation of men, materials and plunder is under way. The prize and pride of France, its entire art collection, is to be expropriated and shipped by rail to Berlin. The German hope is to hold the art treasure for ransom, in the now inevitable surrender negotiations.
You and other members of the French Underground Resistance Movement must first "take" the heavily guarded train in the main yards at Metz. If you manage to escape and make your way onto the main line then the real game begins. Casualties may be high. You must be prepared to engineer the train yourself but you will have help.
The train is on a siding, heavily quarded. The steam pressure is up, ready to go awaiting orders to head east for Berlin at midnight. {Daylight runs were suicide at this point in the war.} You must take possession of the train and head west to the border to meet up with the Allies by dawn. Your cargo - priceless Monets, Gauguins, Renoirs, Picassos, Miros - an unimaginable art treasure - is in your charge. Onboard the train, a Resistance crew will assist you in deciphering the whistles, signals, lights and signs necessary to make your way safely on the line. While on the train you will be receiving help from the underground movement.
They will provide you with information updates and signals and assist you in track switching and support. However, due to bombing and sabotage the usual safety systems and track circuits may be damaged or be unreliable. Be careful!
Pierre LeFeu {played by you} who is a first-time enginner by circumstance, and his injured companion - Le Duc - who has had some previous experience as a fireman on a train. Both are members of the French Underground Resistance Movement.
Remember, as a general strategy rule, that it is in both parties interest to preserve the tracks, bridges, etc. at all times. The Germans for instance will not outright bomb the train - as they need the lines for their impending retreat. The Allies need the track for their advance. The Germans do not want a derailment either.
The main line is vital. You may find that the Germans are more eager to risk the track on some of the minor rails and sidings.
The reverse lever allows you to back up if you miss a station or a switch. Stop near a switch to practice using the whistle to set and reset the lines. Some crossings and siding lines simply join without switches. 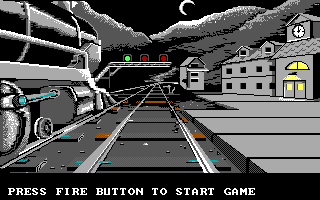 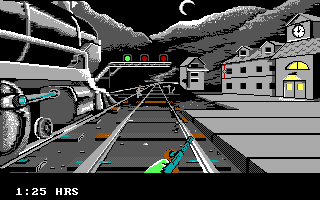 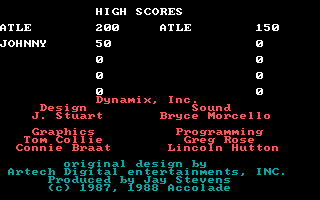 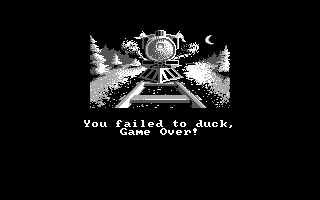 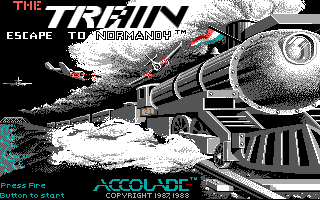