The Amazing Spider-Man and Captain America in Dr. Doom's Revenge!

Zoom back in time, in your imagination, to the early days of World War II. America needed a hero to inspire us in the fight against Nazi tyranny - and it got one. His name was Steve Rogers, but the world knew him as the star-spangled sentinel of liberty, Captain America.
Now, rocket ahead twenty-two years to 1963, when a shy high-school student was bitten by a radioactive spider. His name was Peter Parker, but he gained world-wide fame as the wall-crawling, web-swinging, wise-cracking Amazing Spider-Man.
Since those early days, these death-defying national icons, Captain America and Spider-Man, have become two of the most exciting and admired superheroes of all.
Comicbooks have evolved rapidly during the last fifty years, from the comicbook itself, to cartoons, television series, full-length motion pictures, and finally to entertainment software for the home computer. At the same time, the audience for the comicbook heroes has grown by leaps and bounds. Just think, when Captain America first appeared in the late '30s, computers didn't even exist. Even in the early '60s, when Spidey exploded upon the scene, computers as we know them were still in their infancy.
But the times they are a'changin'. Today, in the high-tech world of 1989, the computer has become an indispensible tool for education, finance, communication, correspondence, and of course - entertainment. The entertainment software industry is burgeoning as new and more innovative concepts are created daily, and more and more computers are introduced into the home.
Always on the cutting edge of the future, mighty Marvel Comics is proud to join this new, exciting field of entertainment software with SPIDER-MAN and CAPTAIN AMERICA IN DR. DOOM'S REVENGE, a challenging and sophisticated new game developed by Paragon Software Corporation.
Just thing. An original Marvel comicbook sets the stage for the incredible adventure to follow. The game itself becomes an interactive comicbook, continuing where the original illustrated saga ends. So instead of just reading a comicbook panel, you can control the fate of Spidey and Cap as they face some of the most spinetingling, challenging arcade sequences ever created.
You will help your two colorful Super-Heroes in their life-and-death struggle against some of the most powerful and destructive Super-Villains of all, including Batroc, Machete, The Hobgoblin, Oddball and other equally fearsome foes.
You'll discover full-screen color graphics, lightning-fast animation and awesomely realistic sound as you face one of the most challenging and thrill-packed games ever created.
Best of all, with the development of this first interactive comicbook adventure, the entire Super-Hero concept has taken a giant step forward. Just imagine battling shoulder-to-shoulder with Spidey and Cap as you actually participate in adventures that, up till now, you were only able to read about.
So, dare to accept the challenge of a lifetime andd join forces with you bullpen buddies and Paragon Software as we prepare to take the Marvel Comics Universe into the Twenty-First Century. Think of the wonderment that lies ahead.
Developed by:
Paragon Software Corporation
Paragon Software Corporation, based in Greensburg, Pennsylvania, was founded in 1985 by Mark E. Seremet and F. J. Lennon. The company's biggest successes were titles based on licenses from Marvel Comics and Game Designers' Workshop. Paragon had a long relationship with MicroProse Software, who had distributed their games since at least 1988. MicroProse acquired Paragon outright in July, 1992. As part of MicroProse, the Paragon team developed Challenge of the Five Realms and BloodNet. Soon after, many of the former Paragon principals moved on to co-found or work for Take-Two Interactive, and what was once Paragon ceased to exist.
Multiplayer:
No Multiplayer
Platform: 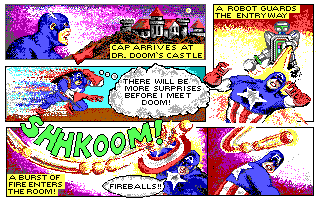 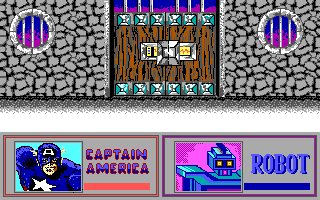 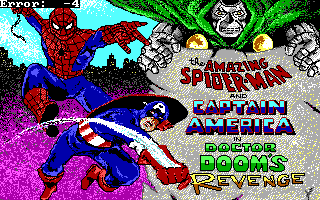 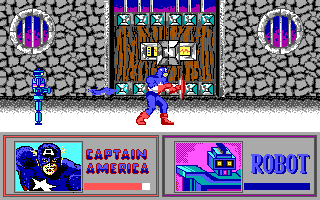 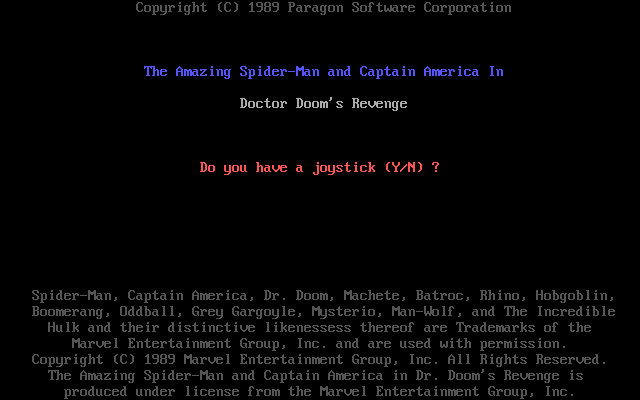