The main ideas to learn in Basic Training are resource gathering, technology acquisition, and training. The Mothership is responsible for resource gathering and technology acquisition. When the Mothership is near a resource, she opens her bay doors and sends out a shuttle to grab the resource. When the Mothership is adjacent to any University (Academy, Programming, Battle School, or Eduplex), she will learn new technology.
If she is adjacent to two Universities, she will learn at twice the rate. The ships you build may also benefit from being adjacent to a University. A ship will become educated up to the fourth level of experience if you leave your unit adjacent to a University.
If you need to rapidly train a stream of new units, you can build two Universities with enough space between them to fit one new ship. That way all your new ships will become fourth level at twice the rate that your opponents ships raise levels. If you ever feel stuck in Basic Training, remember that your Mothership can build a Missile Base a short range away from herself, even on the other side of a barrier. Then build a Terran Switcher ship.
Select the Switcher ship. Right click on the Missile Base that you built on the other side of an obstacle that has you stuck. The Switcher ship will swap locations with the Missile Base and can now move freely on the other side of the obstacle. If you feel that the new area is safe, select your Switcher again and right-click on your Mothership. Now your Mothership is on the other side. If she is attacked, just Switch her out of danger.
If your Mothership remains adjacent to the Academy long enough, she will learn Computron technology. Build the Computron Base and then the Programming station. Position your Mothership adjacent to the Programming station. One of the Computron technologies is the Teleportal. If you build a Teleportal on the other side of an obstacle, you can bring many units to the other side. Just select the Teleportal and right-click on your Mothership and then on any other ship you own to transport them to an unoccupied space adjacent to the Teleportal.
When the Basic Training mission feels easy, you will be ready for Campaign or Battles. If the Basic Training mission is going too fast, hit F5 two times to set game speed to slow.
Developed by:
Metro3D, Inc.
Metro3D, Inc. was a North American developer and publisher based in San Jose, California. The company was founded in 1998. After having released several games for console and handheld systems, Metro3D went bankrupt in 2004.
Multiplayer:
No Multiplayer
Platform: 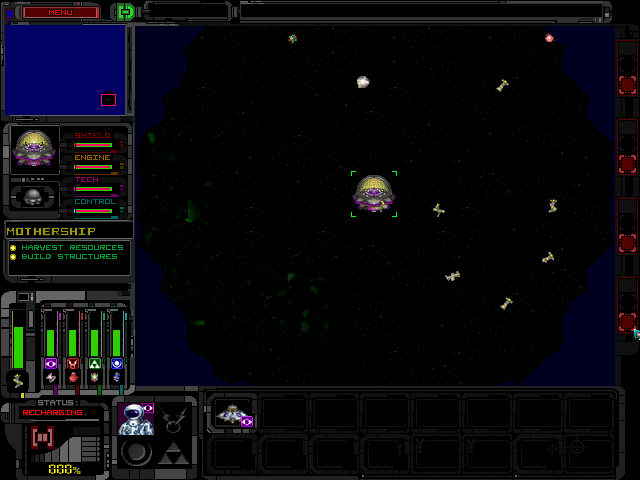 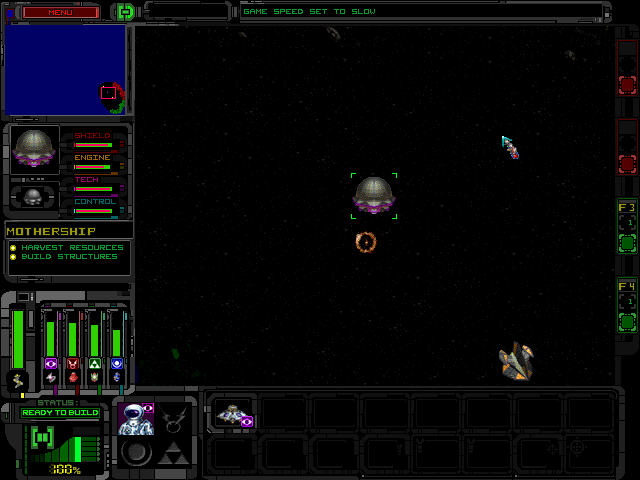 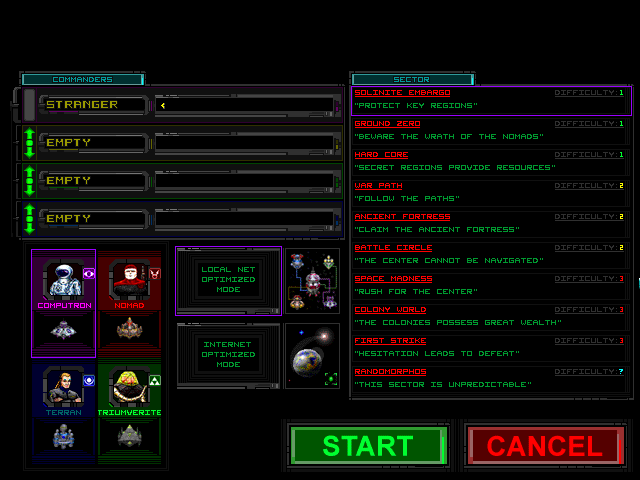 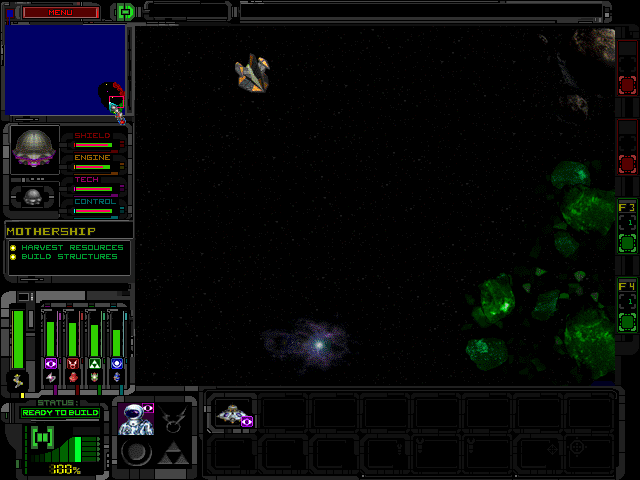 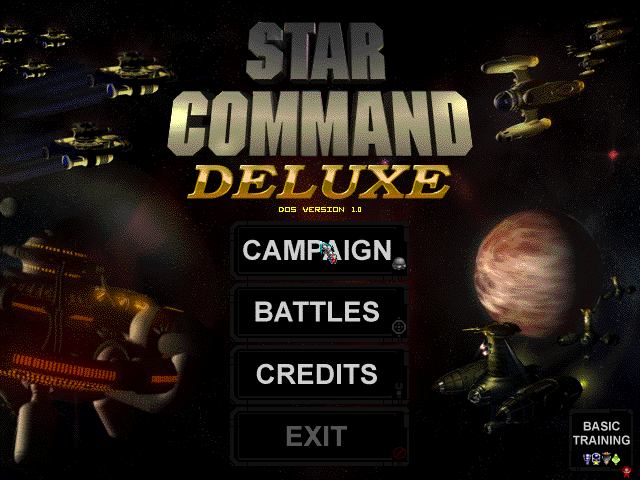