Star Command is a role-playing game of the far future. You, the player, are in command of a group of eight characters of your own creation. These characters are assigned missions by Star Command, the organization that is responsible for keeping humanity safe. You must take these green troopers, equip them with what you can, and complete your missions to save mankind. This is, unfortunately, a difficult task. The galaxy at large is a dangerous place, filled with dangers of every kind imaginable, from pirate ships that will ambush you as you try to deliver food to hungry colonists, to alien creatures that you must battle your way through in order to reach your goal. As your characters complete missions, they will gain in power, allowing them to take on greater challenges.
The goal in Star Command is to complete each mission assigned to your crew, from your first anti-piracy patrol all the way through the climactic final mission to save mankind.
Of course not all games of Star Command are the same. There are many missions that will be assigned to your group when you play for the first time that will not necessarily be assigned the next time you play {and of course there are many missions that may not appear the first time you play the game}. This allows for a role-playing adventure game that you can finish several times, playing a slightly different game each time.
The emphasis in Star Command, however, is not on hand-eye coordination. This is not a video game where the best reflexes win. Careful planning is required before, and during, each battle. Your crew's skills and equipment must be balanced, so that no critical skill is missing.
In Star Command, good strategy can often overcome superior firepower.
In addition to combat, both in space and on the ground, Star Command emphasizes exploration and character interaction with the plotline.
While your crew is exploring space stations and secret enemy bases on exotic planets, they will encounter many types of alien creatures and devices. Many are hostile, but some can be very valuable sources of information. Adventure awaits..
Developed by:
Strategic Simulations, Inc. (SSI)
Founded in 1979, the company managed to produce over 100 titles mostly war strategy or tactical games. Some of the most famous are Panzer General and all the General series, Eye of The Beholder series, and many AD&D games like Pool of Radiance or Champions of Krynn.
Multiplayer:
No Multiplayer
Platform: 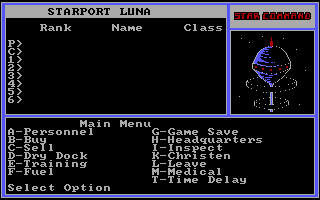 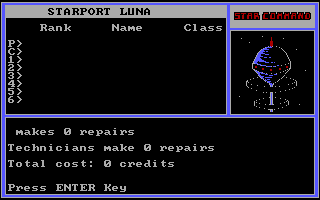 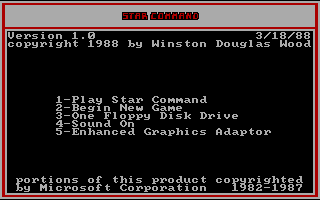 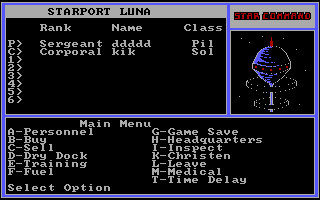 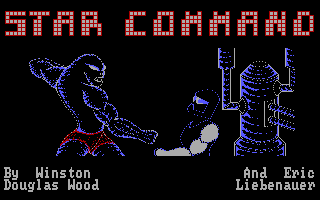