As you begin a game of SLEUTH a murder has just been committed. Your job is to mingle with the houseguests and to search the contents of the house until you feel you have solved the crime.
Every game of SLEUTH is different so you must fully explore the house each time that you play. You can move through the house by using the four cursor keys (udrl) located on the numeric keypad. Be particularly careful when moving on the stairways since you must change direction each time you move from one floor to another. You can search rooms, people and objects by using simple phrases such as EXAMINE DOOR, SEARCH VICTORIA, or LOOK AT JAR.
When you want to SEARCH or ACCUSE a person you only need to type in their first name. To get more information from the guests you may QUESTION them, or ask for their ALIBIs. The characters tend to be rather moody and will not always answer your questions the first time around. They are also rather restless and will be moving around the house during the game. The murder weapon will be obvious as soon as you EXAMINE the correct object.
(Though you will need to find the magnifying glass before you can really conduct an adequate search of the various objects.) You probably should not GET the weapon at first since the murderer is likely to become nervous if you are carrying the evidence around with you. If you accidentally pick up the object at too early a point in the game, you can DROP the weapon. But be forewarned! Once dropped there's no telling where the object might end up! Finding the scene of the murder tends to be somewhat difficult since it is rarely possible to examine every inch of the house with your magnifying glass. Fortunately for you, one of the keen-eyed guests will probably notice something amiss at some point during the game. To discover the murder room you must pay close attention to the behavior of the guests! The murderer will be the one person whose ALIBI contradicts the alibis given by the other houseguests. Be sure to keep track of everyone's story!
Once you have discovered both the murderer and the murder room you should hurry back to GET the murder weapon, and then move as quickly as possible to the murder room, GATHER the suspects together, and ACCUSE whoever you believe to be the guilty party. But be careful! The murderer is a very suspicious sort and may decide to get rid of you before you have a chance to make any accusations!
Most of the strategy involved in playing SLEUTH you will have to learn by playing the game. Since the game changes every time that you play you should be sure to fully explore the house. Don't forget to explore the room which has no obvious entrances since the murderer often discards the murder weapon here. Also, the murder is occasionally committed in this room. The occupants will be moving about the house throughout the game. If you become confused at any time about who is actually in the house, you can request a GUEST LIST.
As your investigation proceeds the murderer will begin to grow suspicious and will most likely start plotting your demise. If you have not figured out who the murderer is by this point in the game, your chances of survival are slim. Be careful!
To make things a little more interesting, you can populate the house with people that you already know. Just select the "Personalized" option at the beginning of the game and the computer will prompt you for the names of seven people (six suspects and one victim!).
SLEUTH uses a fairly limited vocabulary, so only one or two words should be necessary to communicate your intentions. If you like, you can abbreviate "QUESTION" as "Q" and "EXAMINE" as "EX". If you are having difficulties, you can get a summary of these instructions by typing HELP. You may also QUIT or RESTART at any time during the game. To get a hard copy of these instructions, just hit the 'PrtSc' key as each page is shown to you.
When you exit from these instructions you should be all set to enter the world of SLEUTH.
Developed by:
Norland Software
Multiplayer:
No Multiplayer
Platform: 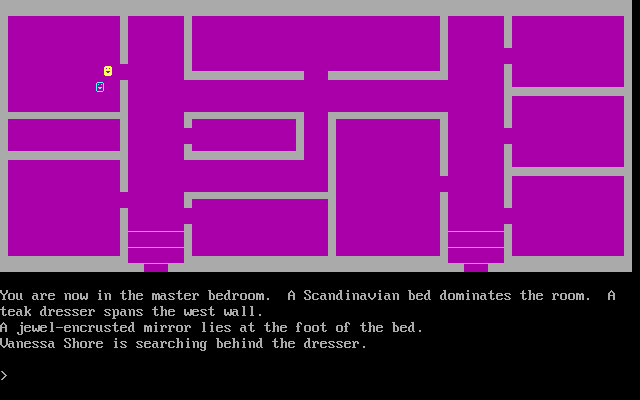 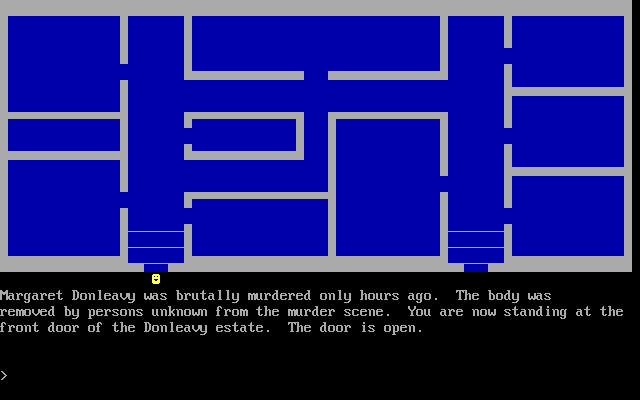 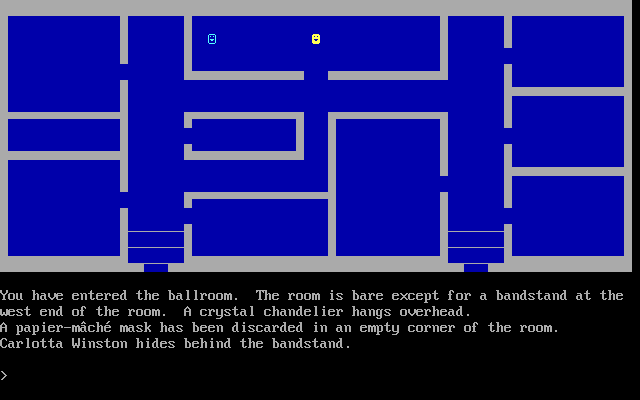 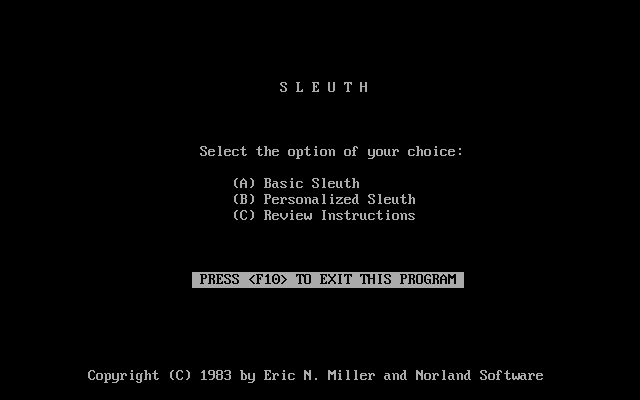 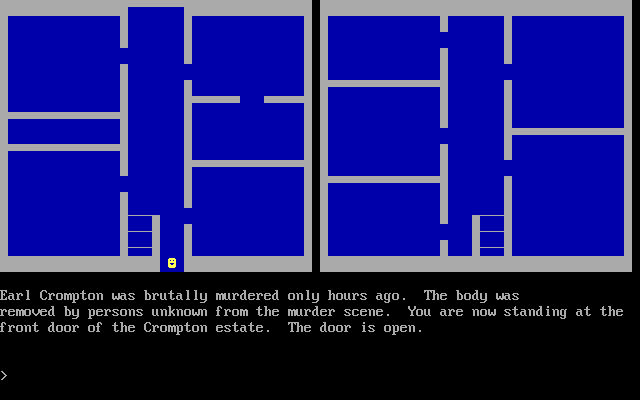 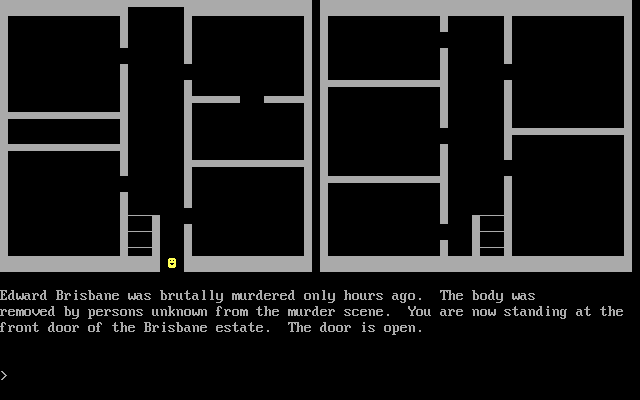 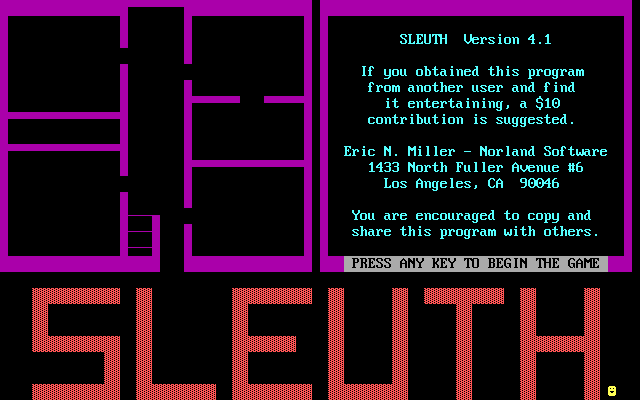