The Microsoft Space Simulator was the ultimate space simulation program of its time. It was released in 1994. This game was developed by Bruce Artwick Organization Ltd.
This company was also responsible for the creation of the Microsoft Flight Simulation program.
The game was offered in three resolutions i.e. 320x400, 640x400, 800x600. It was released for Microsoft Home.
This game provided a comprehensive experience of space traveling. The game offers two types of play.
The first is Free flight and the second type of play is mission based.
The free flight lets you go anywhere. No restrictions, no fuel limit, no time limit, no missions, you are free to roam.
During mission-based gameplay, the user has to complete various types of missions with restrictions imposed. The game does not include killing aliens, sorry to disappoint you. The missions include the launching of the space shuttles, where you will be given the task to launch the space shuttle.
The other missions, which are included are transit, orbiting, docking and landing. Each mission is unique in its own way. These missions give you an astronaut like feeling.
The game includes 14 Spacecraft models. The models range from a compact manned maneuvering unit to interplanetary passenger transport. The missions are futuristic, some feats which humankind is yet to achieve.
The game lets you explore all the planets of the solar system, which includes 30 moons and many asteroids and comets. You can go to these places through different spacecraft.
The game has an additional feature where you can do stargazing. There is an observatory through where you can look into the universe. The various stars, which were discovered, can be seen through this observatory.
Developed by:
The Bruce Artwick Organization Ltd.
The Bruce Artwick Organization Ltd. (most commonly known as BAO Ltd.) was founded by Bruce Artwick and develops upgrades and scenery add-ons for flight simulators, most notably Microsoft Flight Simulator.
Multiplayer:
No Multiplayer
Platform: 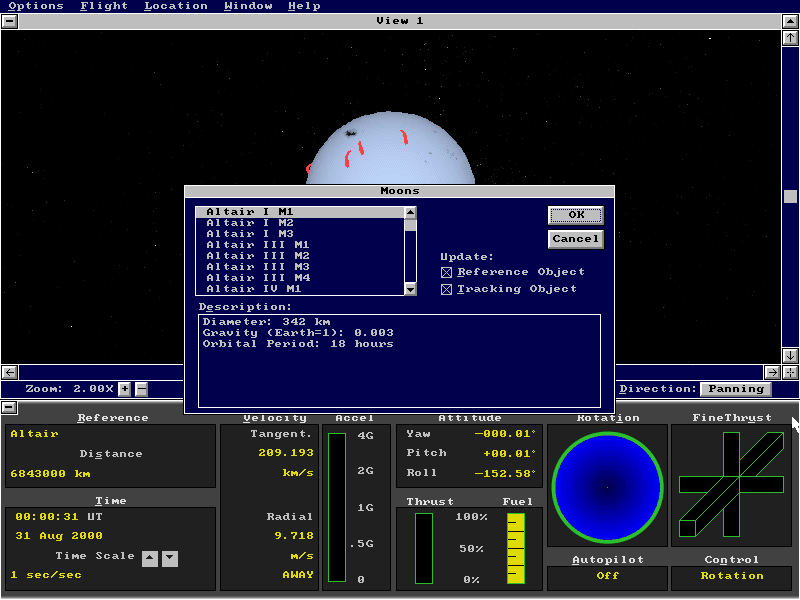 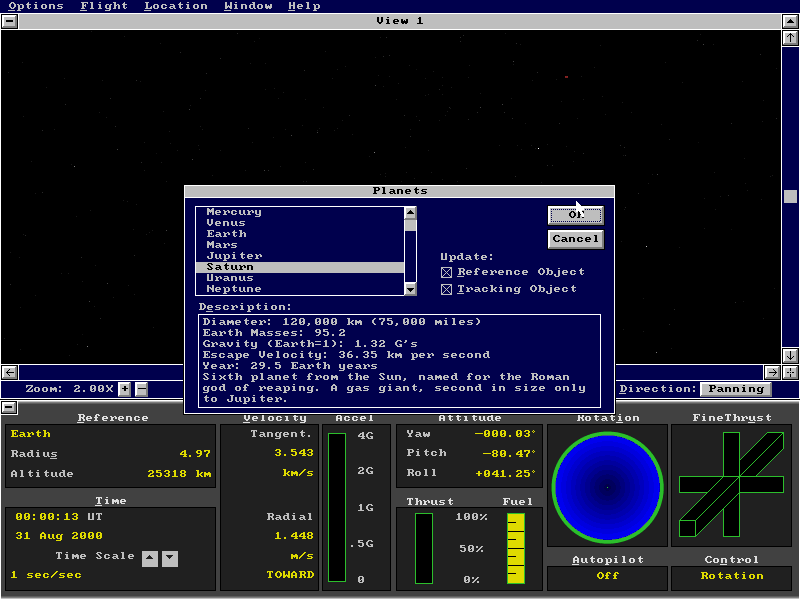 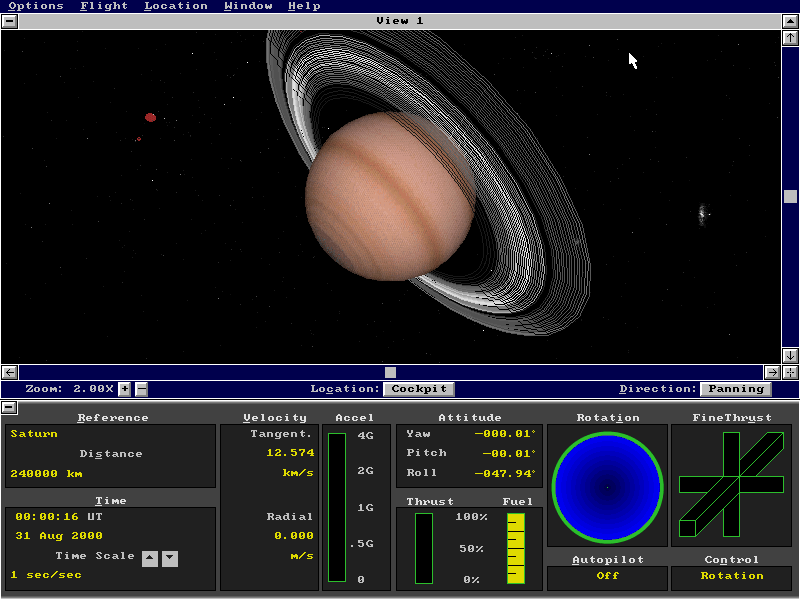 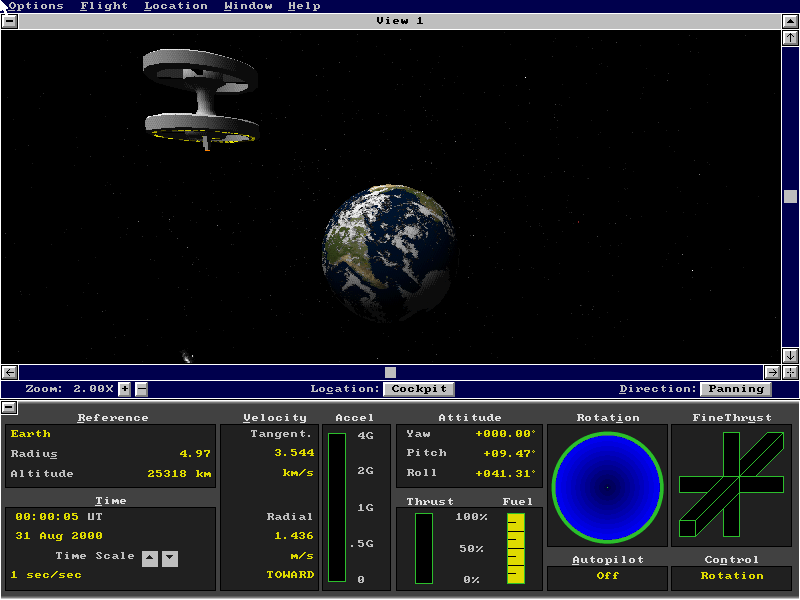 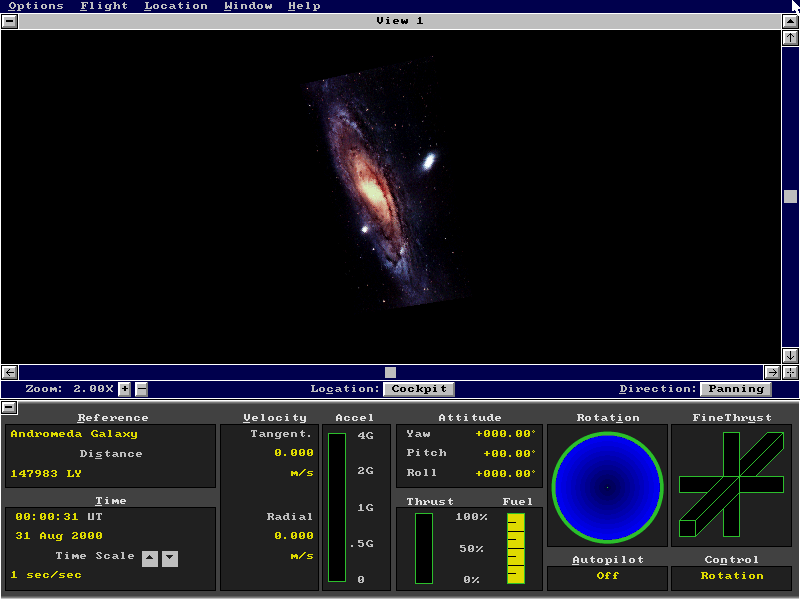 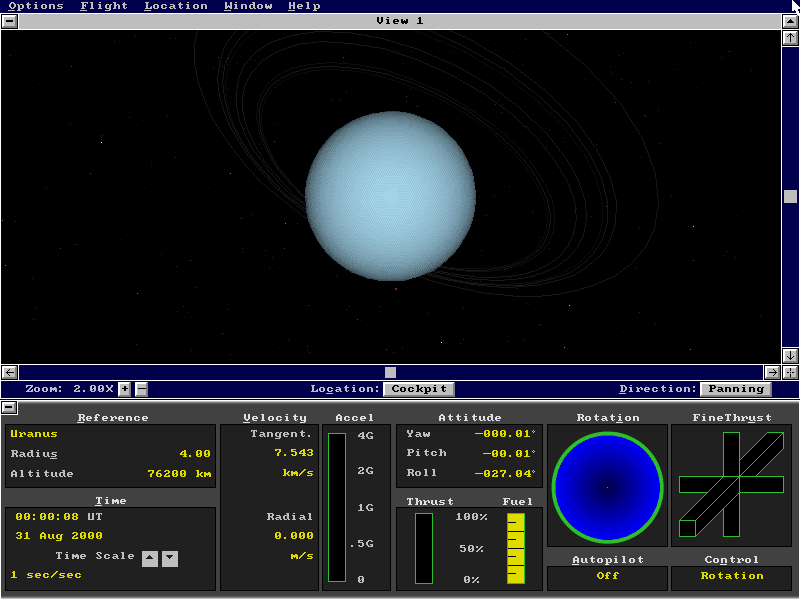 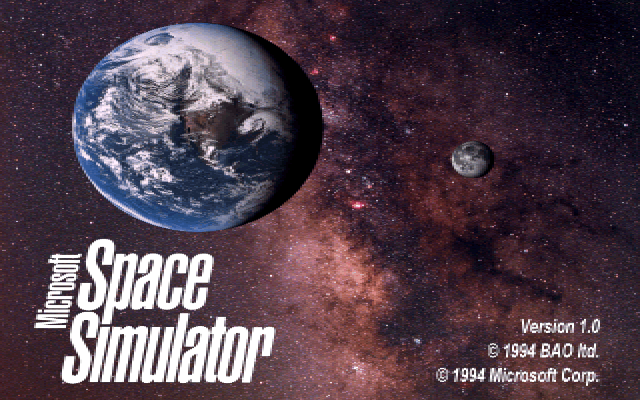 ~ This Is Great! ~ I used to play this when it first came out back in 1994, & never got tired of it. ~ The most fantastic thing about it, is that it is an actual scan of the cosmos back in the day. ~ I am most impressed with the Milky Way Galaxy Core, which is quite detailed.
Similar games: The Walls of Bratock
Play NOW ! Run In Browser Download Manual Submit review