The object of Mice Men is to get all twelve of your color mice to the other end of the game board before your opponent does. In this version you will always be playing the blue mice and the computer will play the red mice.
The game board consists of 19 columns and 13 rows of various cheese blocks. At the start of play, the blue mice are located on the left side of the cheese board and the red mice are on the right.
When it is your turn to play, special pushing poles will be shown at the bottom of those columns where you have mice located. Using your left and right arrow keys you can select the column you want.
You can either push or pull the column up or down. This will shift the entire column in that direction. It will wrap around, so that if you have a mouse at the top of the cheese board and you push the column up, the mouse will now appear at the bottom. If it's at the bottom and you pull the column down, then it appears at the top.
By pulling and pushing columns of cheese blocks, you can create passageways for your mice so that they can reach the right side of the cheese board. The red mice are trying to get all the way to the left side. After a column has been pushed, that player's mice move as far as they can within the maze. When they can't move any further, the opponent's mice will then move if they can.
Each side takes turns pushing and pulling columns of cheese blocks until one player has gotten all twelve of his mice off the game board.
There are times when you will not be allowed to select a column even though you have mice located in it. When you have pushed the same column a total of 6 times in a row, it will not allow you to push or pull that column again until you've pushed one of the others. This is not the case if you have only one possible column to push.
Any column that has been pushed by an opponent on the previous turn is also locked out for the next turn. A column that has been locked out will have a yellow 'X' over the pole.
The first player to get his twelve mice off the cheese board will be declared the winner. If each player has only one mouse left on the cheese board, then there will be only 8 moves left for each player. The mouse that's further along on the cheese board will be the winner. If both mice are exactly the same distance, then the game will be declared a draw. The game will warn you with 5 moves left that the game will end if no one has won by that time.
Mice Men is easy to play, yet will involve a lot of strategy on your part in order to win, especially at the Hardest level of play. Each game board will be different, so no two games will ever be the same.
Developed by:
Soleau Software, Inc.
Multiplayer:
No Multiplayer
Platform: 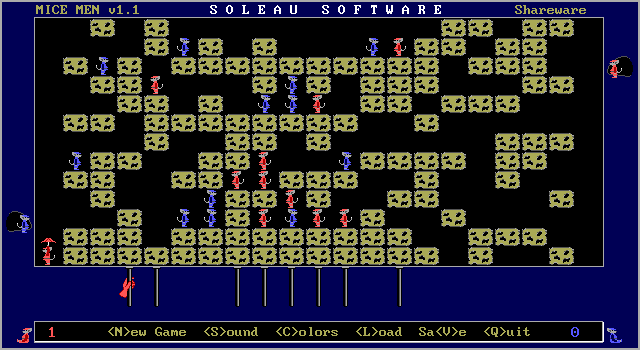 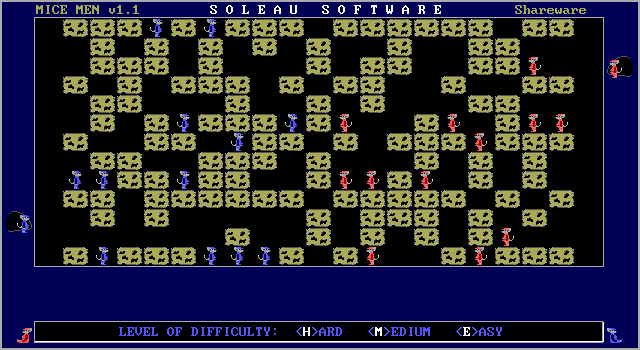 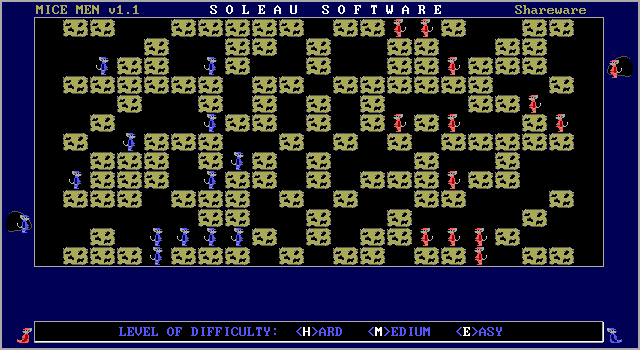 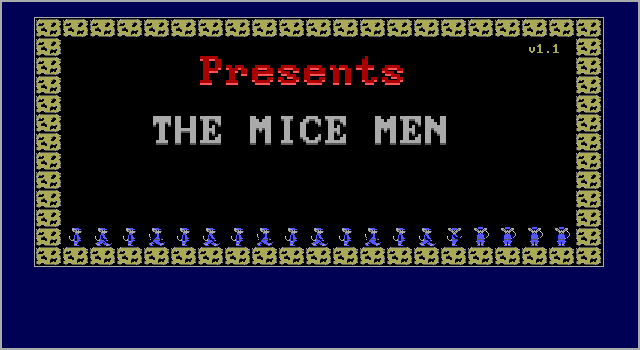