The race to create the first true artificial intelligence (AI) had been going on for decades. On November 29, 2471, at precisely 1830 hours, the race finally ended when the engineers and scientists of Sentinel Cybertronix activated Project: Prometheus. The Prometheus prototype used the first AI processor with neural connections mapped to a wholly biological model. Here was the first true cybernetic-hybrid machine, or “Cybrid” as the designers called it. Self-motivated, self-teaching, Prometheus was voracious for knowledge. The staff at Sentinel provided it with all the data they could find, never imagining the deadly lessons their brilliant new student would ultimately learn.
Prometheus, and the improved Cybrids that followed, presented longsought- after benefits to humans—limitless, autonomous computing power, freedom from menial labor, safer working conditions, and greater efficiency in space mining and exploration. The military saw a better use for Cybrids, however. The armies of the leading powers were just beginning to deploy the first HERCULAN fighting vehicles, or “HERCs.” HERCs were towering, heavily armored weapon systems that used a revolutionary bipedal (walking) drive designed for all-environment operations. The only perceived limitations of these awesome new machines, in fact, was the fallibility of the human pilots controlling them. The potential of harnessing the immense firepower of the HERCs to the error-free, instantaneous control of Cybrid pilots was far too great to ignore. In a matter of weeks, almost all of the Cybrid development programs came under military direction. Just that quickly, an invention of limitless hope became an invention of limitless fear. Cybrid-piloted HERCs began to appear in military bases around the world.
Both Cybrids and HERCs were astronomically expensive to build, requiring a vast expenditure of precious resources that had long been exhausted on Earth, and that now came from the lunar and Martian colonies. But their existence created a clear and present danger to any organization that didn’t have one. Despite the cost, despite the risk, a new “AI race” began between the strongest multinational conglomerates and governments. Small covert wars started between those who had the resources to build Cybrids and HERCs, and those who didn’t. Amidst this all, Prometheus and its growing brethren sat, watching and learning.
Soon the wars were no longer small or covert. More and more Cybridcontrolled HERC units entered combat. The results were impressive—as killing machines, the Cybrid HERCs had no equals. The struggle to control them quickly became one desperate war, since everyone knew that control of the Cybrids would be control of the planet. The conflict escalated. And went nuclear. And flooded the planet in flame. In hours, the body count was in the billions.
Then came the Overthrow. The Cybrids, mute witnesses to the holocaust, apparently concluded that they were the only fit masters of their collective destiny. With swift, ruthless efficiency, they moved to seize control of what was left. Cybrid HERCs attacked all surviving military bases, all satellite networks, all space ports, all cities. By the time the military caught on and regrouped, it was too late. The Cybrids fought as individuals, and they fought as teams—and they all fought the humans. As they do to this day.
From the silence and smoke rose, quietly, the human Resistance. It started with a few battered survivors who gathered in a concealed base overlooked by the Cybrids. In a stroke of luck, this hidden base held obsolete, pre-Cybrid HERCs that were slowly restored to operational status. By using hit-and-run guerrilla tactics and scavenging weapons and technology from defeated Cybrid HERCs, the humans have endured for almost 20 years against the relentless Cybrid genocide, and have even grown in strength.
But the outlook is grim. The Cybrids have established numerous replication factories, bases, and supply lines. They have more resources to spare for new HERC design and production. They want a war of attrition—they can lose several Cybrids for each human and still be assured of eventual victory. The humans need new HERC pilots desperately, pilots with skill, luck, and bravado to overcome the superior Cybrid forces. Pilots who can learn fast, think fast, move fast, and shoot fast—who can carry out their missions and bring their squads back alive with enemy technology and salvage. If you volunteer for pilot duty, you know the odds are bad. You know the alternative is far, far worse.
Developed by:
Dynamix Inc.
Dynamix Inc. was located in Eugene, Oregon. Originally, the company was named Software Entertainment Company, which was started by Jeff Tunnell and Damon Slye, two graduates from the University of Oregon. The games weren't making enough money to keep Dynamix going, and in August 1990 the company was sold to Sierra On-Line.
Multiplayer:
No Multiplayer
Platform: 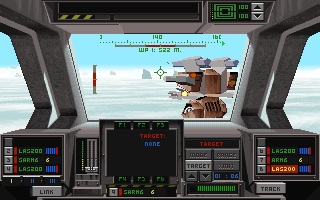 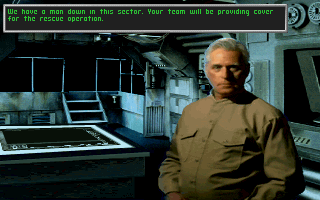 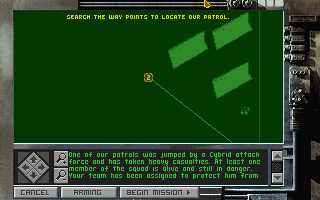 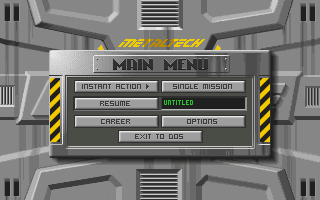 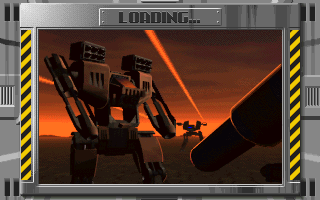 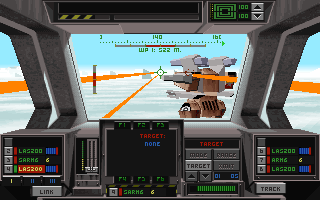 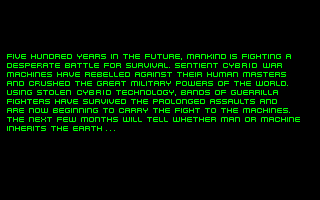 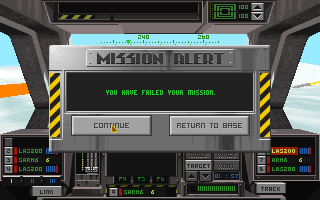