Manchester United Premier League Champions has been designed to give you hours and hours of challenging gameplay, ensuring that the game never becomes too easy, but at the same time is enjoyable for the beginner. We can assure you that as you become more proficient at the game, the dream of you achieving the status of Premier League Champions will become closer to reality.
We recommend that as a beginner you choose the CUSTOM LEAGUE option and choose a strong Premier side. You can study individual player stats to gauge how good a team is, but for a quick start we recommend choosing Manchester United (Except for when playing Aston Villa). Then select a mixture of non-league, GM Conference and 3rd Division sides to make up the balance of your division.
As your skill improves you may configure further custom leagues with stiffer opposition until you are ready to meet similarly skilled opposition in the SEASON option.
In the Premier League you will control and meet fast and skillful players. If you choose to play in the lower divisions you will find that the game is played at a slower pace, but your players will not be able to dribble as well and their passing and shooting will be weaker and less accurate, In any cup competition, including CUSTOM CUP, you should note that meeting lesser opposition will not guarantee you safe passage into the next round. Some teams will significantly raise their game in order to capture some cup glory.
There is no one to goal. You can try short, fast passes through the midfield, or fast runs down the wings followed by accurate crosses into the box, or even kick the ball long ball style. All can bring success depending on your own ability and preferences, the individual skills of the players on your team and the skills and formation of the opposing team. The one tactic that will not work is running in a straight line through a bunch of opposing defenders. You will almost always be tackled or pushed off the ball and the best you can hope for is a foul.
If during a match you do not seem to making much headway try to analyse what is going wrong and, if necessary, change your formation accordingly. It is surprising what results even moving one player to a new position can have. Likewise, if you are well in control of a match you may decide to pull players back into defence to consolidate your lead. But do beware, leaving yourself short in midfield will invite almost constant attack from the opposing team for the rest of the match.
If you are playing as Man Utd. in the Coca Cola Cup, and you happen to play Aston Villa, then radical changes to the team will have to be made, in order to avoid an embarrassing 3-1 defeat. If Schmeichel is indisposed, due to a match ban, rather than putting Les Sealy in goal, Andrei Kanchelskis will make a good goalkeeper. At least he can get his hands on the ball, something which Les Sealy failed to do three times. Also, asking all your players to link hands and stand in front of the United goal should stop all but the most valiant efforts of the Villa attack, namely Dalian Atkinson and Dean Saunders. Leaving Mark Hughes up front in the case of a lucky tap in is also recommended. The purchase of a Tiny Tears doll, and naming it Alex, and sitting it on top of your monitor is also recommended, so you can have a good, long weep after your crushing defeat. Aston Villa are also availiable for childrens parties, wedding services and cockyness removal, which they proved at Wembley only the other day.
Developed by:
Krisalis Software Ltd.
Krisalis Software was a UK game development studio. It was originally founded in 1987 as Teque Software Development Ltd. by Tony Kavanagh, Peter Harrap and Shaun Hollingworth. Some of the company's first original titles were Terramex, The Flintstones, and Thunderbirds. Teque also programmed conversions (ports) of arcade titles for other companies for 8 and 16 bit platforms.
Multiplayer:
No Multiplayer
Platform: 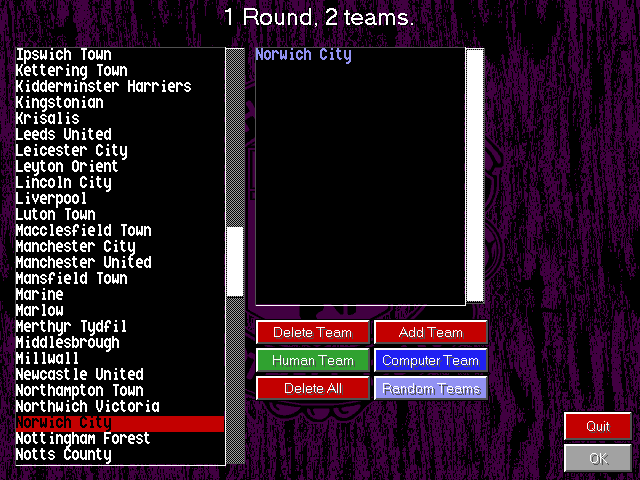 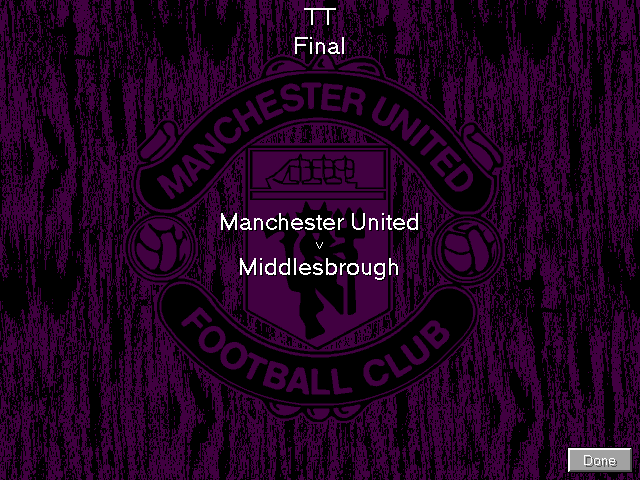 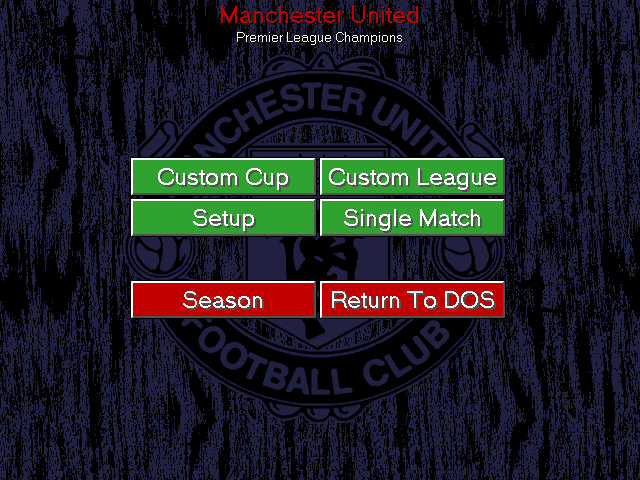 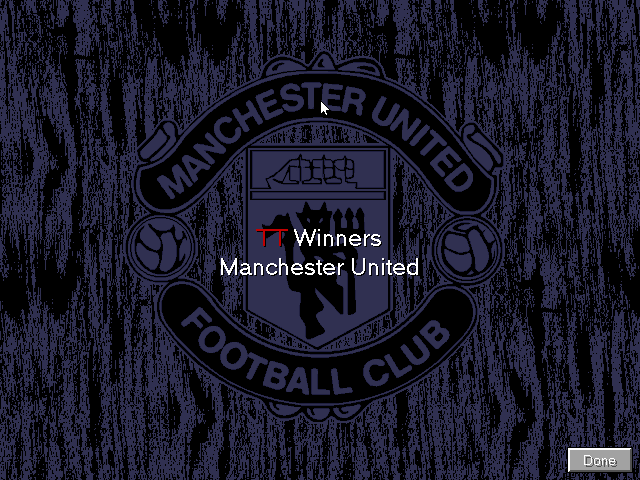 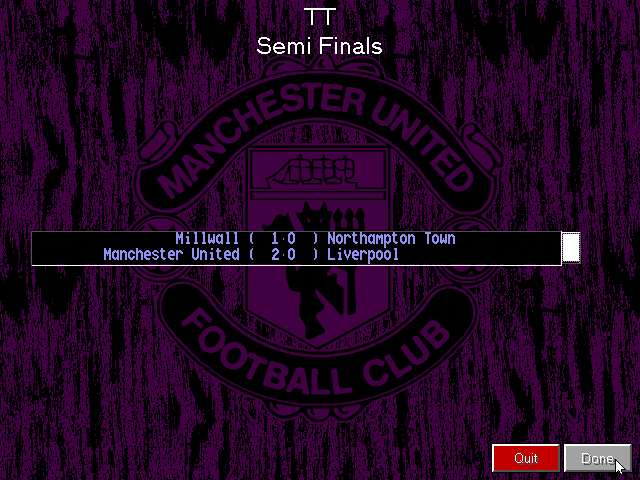 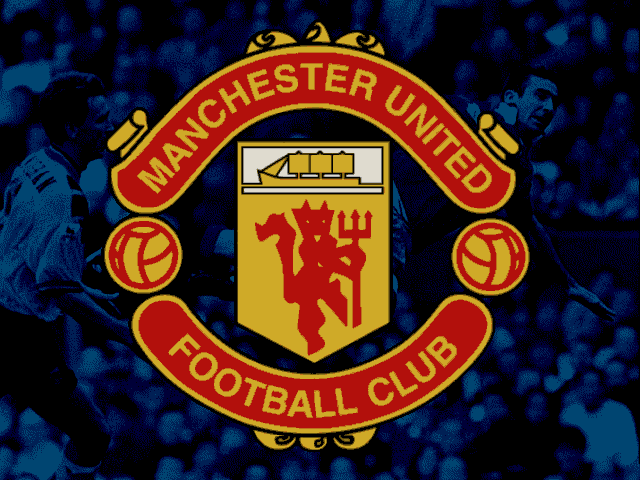