MUDS is not only a sporting pleasure it also fulfills a significant social function. Those undesirable elements within our society who are ap-prehended red-handed in their crime acts are usually sentenced to a term in prison. Our prisons are, however, overflowing and cost our tax payers a lot of money. For this reason, we release our conficts in order that they may prove their usefulness to society and carry out socially useful tasks. The prisoners are thus able to earn money with which they can buy their freedom after a period of probation.
Our region makes several careers available to these convicts : boulders and rubble expert (stone breaking), packaging engineer (gluing paper bags), medical assistant (guinne pig) or sportsman (MUDS). The last area is especially popular and there is, therefore, seldom any lack of players.
Anyone wishing to become a MUDS player must submit an application to the IMO (International MUDS Organisation) where he is examined for physical fitness. He is then offered for sale to team coaches on the licensed market for players A handling fee (about 75 percent) is deducted from the players purchase price on behalf of the IMO and the remainder credited to the players account.
You have almost certainly already seen the game or at least heard of it :
two opposing teams appear in an arena. The game is played with Flonks, small pterodactyls with good aerodynamics and wieldy tails. At each end of the field, there is a pott into which the flonks must be thrown. This is aptly named a flonkpott or floptt for short. Each team may field up to 13 players.
There are five field players per team and these must be positioned according to certain rules.
There are two different tactics by which the game can be won:
A - Score more floppts than the opponent.
B - Push the number of players in the opposing team below the required minimum
The first tactic is of course the more sportsmanlike, while the secone is considerably more interesting for the spectators...
Below we shall familiarise you with the official rules of the game. You will find further more detailed information following the description of the city.
Developed by:
Golden Goblins
Golden Goblins, located in Germany, is a publishing label of Rainbow Arts.
Multiplayer:
No Multiplayer
Platform: 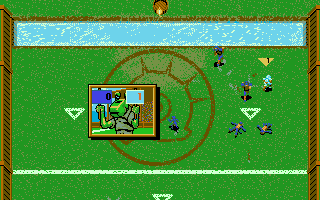 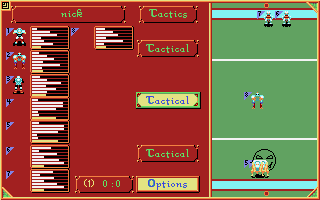 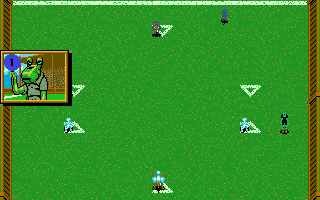 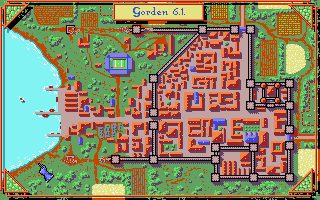 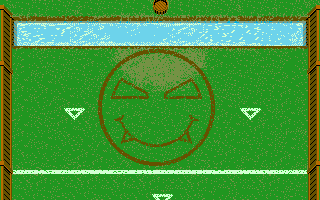 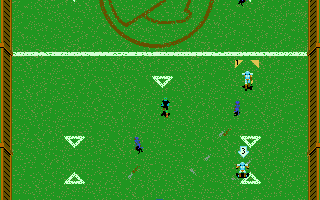 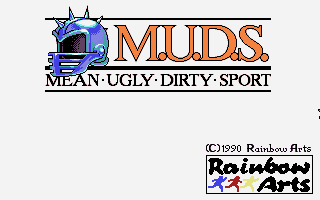 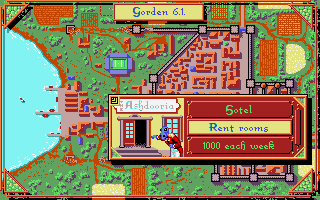