Released almost 2 decades ago, Jazz Jackrabbit 2 has still hasn’t lost its essence of hooking the players to the game. Produced by Epic Games, it was released in 1998 starting first for Pc and window version and later upgrading it for Mac computers. Unlike its prequel, this present version has a number of new features added like to play the game over LAN and internet and multiplayer game option, to mention a few. What would you do if your fiance’s ring is stolen and you want to gift it to her on your wedding? Well, Chase for it, right? This game is based on exactly this concept. The game starts with Jazz’s ring getting stolen which he wishes to gift Eva on their wedding. Jazz chases his archrival Devan Shell to get back the ring. In Jazz Jackrabbit 2, players are plotted against enemies and has to go through various levels. It involves a series of shooting and platforming to get through the blocks laid across them. The player can choose from amongst 3 players Jazz, spaz, and Lori (Jazz’s brother and sister). Along the game, the player is provided with special powerups like extra life, diamonds (to get one more extra life), carrots to boost their energy and rapid fire to time lapse the effect of gunshots, etc. which helps them combat the enemies. In multiplayer mode, the players are provided the option to choose from five modes namely, cooperative where players play together and not against each other, Battle, Race, Treasure hunt and the final one Capture the Flag.
Developed by:
Epic MegaGames, Inc.
Epic MegaGames, Inc., formerly established as Potomac Computer Systems in 1991 released many popular shareware games which generated enough fame among gamers to make enough profit from the sales. The most popular games are for example Jazz Jackrabbit or One Must Fall: 2097.
Multiplayer:
No Multiplayer
Platform:

Uploaded by:
Shadow
Your rating:
Not rated - login - and rate 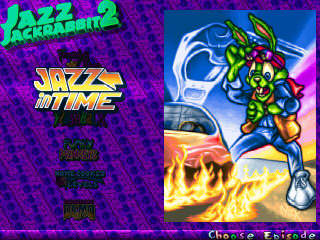 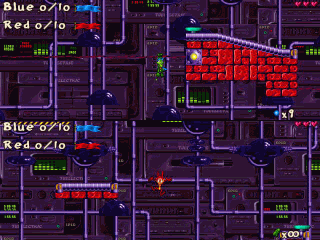 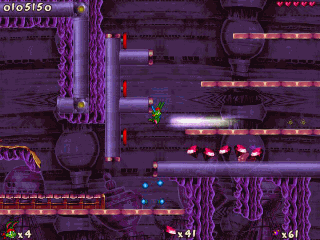 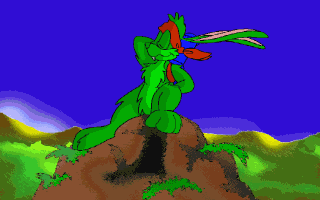 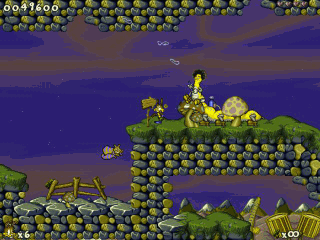