The Tortoise and the hare is the epic story we have all heard about. But playing Jazz Jackrabbit as the video game is an awesome experience. The Jazz Jackrabbit features the green colored anthropomorphic hare, Jazz Jackrabbit. And Devan Shell, the turtle and their story of the epic fight. Talking about the creator, credit goes to Cliff Bleszinski and Arjan Brussee who crafted this unique game. Epic MegaGames appreciated for playing the role of the developer. The Jazz Jackrabbit unveils in the year 1994 on IBM PC. It took the form of a series of two numbers of video games along with a console handheld game. The game's shareware edition stood well on the scale of popularity. It also manages its position as the PC format's Arcade Game of the Year. The play focused on rescuing Eva Earlong, the princess of Carrotus. Devan Shell, the enemy of Jazz Jackrabbit kidnapped the princess. Jazz Jackrabbit needs to rescue her from the evil hand. It is not that easy that might appear. As the gamer, you need to travel through various planets and places to find where Eva Earlong could be. Collecting clues and setting them free from the tyranny of Shell is not a play for the child. Aiming for Eva Earlong, you can't only rely on jumping over the heads of the turtle terrorists. You need to have the blaster. As the game gets its speed you will get other weapons like the flamethrower, grenade launcher and much more. But what to choose depends on the player. In the same time, the Jazz Jackrabbit can also gain power-ups who can help him in fighting the game. Try Jazz Jackrabbit and tell us did you find Eva Earlong.
Developed by:
Epic MegaGames, Inc.
Epic MegaGames, Inc., formerly established as Potomac Computer Systems in 1991 released many popular shareware games which generated enough fame among gamers to make enough profit from the sales. The most popular games are for example Jazz Jackrabbit or One Must Fall: 2097.
Multiplayer:
No Multiplayer
Platform:

Uploaded by:
Shadow
Your rating:
Not rated - login - and rate 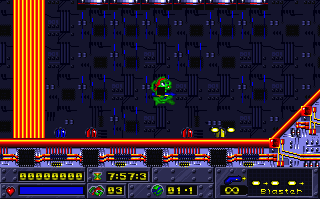 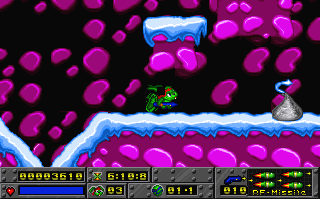 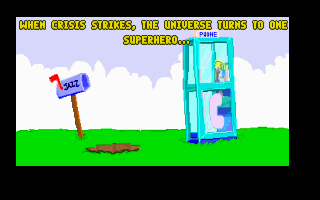 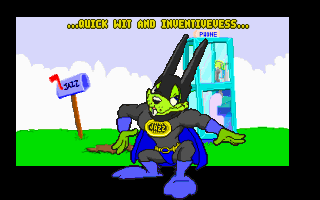 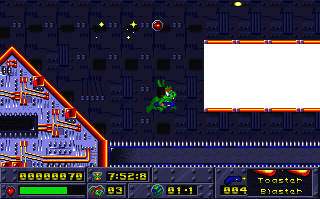 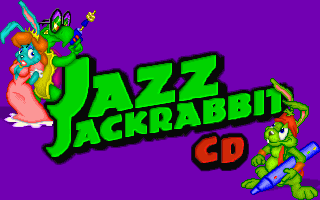 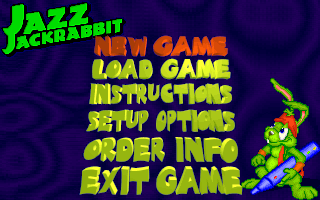 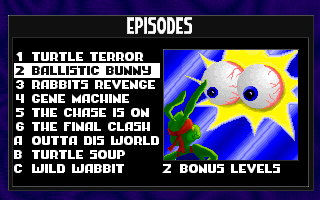 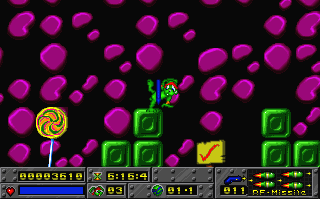 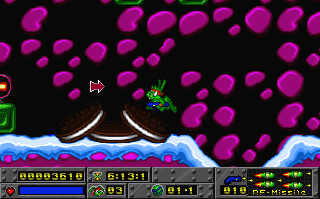 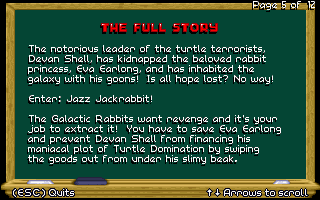 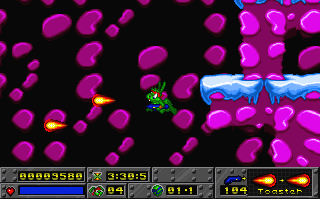 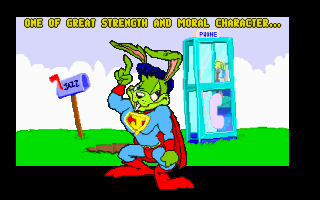 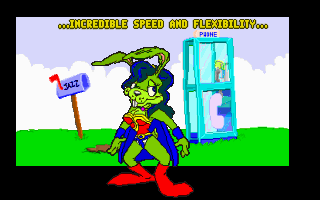 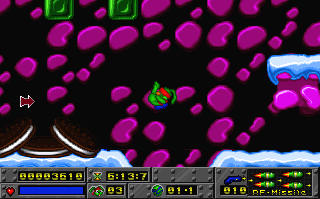