This program is a flight simulator. It puts more emphasis on the dynamics than on the cosmetics: just wire-frame.
There are two rather distinct kinds of commands that one uses: commands that drive (fly) the game and commands that configure, set options and so on which are used with less urgency. It was attempted to get the important commands into the keyboard (a one keystroke command) while the others go into the main menu system (accessed with the Esc key). Some of the urgent commands may bring up a menu which you may ignore if you know the keystokes. The urgent commands will control the vehicle flight and the other subsystems (radar, HUD, HDD, weapons etc.). You will notice early that the program lacks the traditional instrument panel: it is intended to be driven from the HUD and other digital displays.
The vehicle is also driven by a pointing device (a mouse or preferably, a joystick). It will run off the keypad when you have no such device. The pointer is used only for steering control although the buttons can be mapped to auxiliary functions (by default both 'fire').
The display area is typicaly divided into the main view and a number of secondary Head Down Displays (HDD). The design has a dozen or so on board instruments that generate visual data; you select which ones should be displayed on which HDD. The main view is what you see through the cockpit. The HUD can be overlaid onto this view (as is the case with a real plane). Other data may also be shown here for convenience.
One other instrument is designated as an alternate main view (use the 'v' command to see it). The 'windows' menu handles the screen configuration. The program generates various messages as it goes along, these will appear at the bottom of the main view and stack up. Each message has a time-out for deletion but you can use 'c' to clear the lot. When the program needs user input it will open a prompt line at the very bottom of the main view (in magenta color) where your data will show. You can use the normal editing keys while entering data here - previous entries are accessible with the up/down arrows. See 'input line editing' later.
Developed by:
Unknown company - set it here
Multiplayer:
No Multiplayer
Platform: 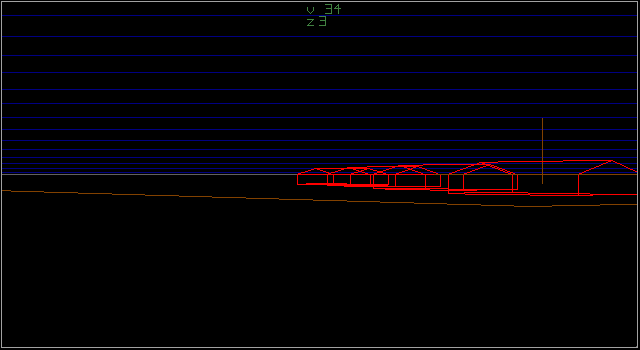 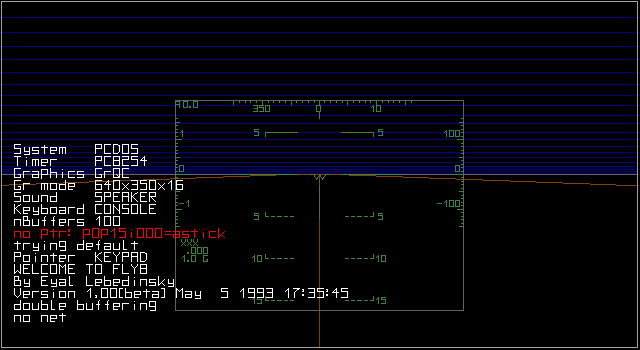