One, and most importantly, this is a very hard and tightly timed game. You can die easily. You can lose or destroy a necessary tool just as easily. At least in this version making a typo does not seem to cost a move. Still, save often, and keep all your save files until you've finished the game. I don't know whether saving costs a turn; I've only played this game under emulation, and saving a state file is, of course, always free.
Two, the parser is limited, but reasonable. I have not found any place where using prepositions ("hit tree with axe") is necessary or even possible. By contrast, the games are good at giving you less to type. If there is only one object, simply "get" will take it; if there are several, it will assume the first one listed. Ditto for "drop", which will drop the first object in your inventory; and ditto for several other verbs. "Get all", however, is unfortunately not provided. As far as I can tell, words are significant to the usual first four letters.
Third, I'm not taking you past all the sights and clues. Also, this game (unfashionably, these days) expect a lot of experimentation and learning by dying to solve them, none of which can easily be done in a walkthrough. Because of this, before you resort to reading this walkthrough you might want to try the official hints. Floating about the 'net is a PDF with the original hint booklet for this game. Note, though, that the hints for the MS-DOS version available on the IF Archive don't work in this version, and in any case don't reliably apply here.
Finally, this walkthrough (including the above notes) is for the Acornsoft BBC game which is available at the IF Archive. This is rather drastically cut down from the Topologika MS-DOS version also found there (or more likely, from the BBC disc version available elsewhere on the web, also by Topologika and except for cosmetic changes identical to the MS-DOS one), which is why its hints do not apply to this version. There is also a tape version of the Acornsoft game floating around the web, which seems to be identical except for the medium.
Developed by:
Topologika Software Ltd.
Topologika Software Ltd. was founded by a group of teachers in 1987. It is located in the Cornwall, England, (UK) and is the publisher and distributor of children's educational software and games. In the 1980s, they published some of the classic text-adventure games for the BBC Micro, Spectrum, Amstrad, Atari and the PC. Some time in their history they became part of the 21st Century Entertainment conglomerate.
Multiplayer:
No Multiplayer
Platform: 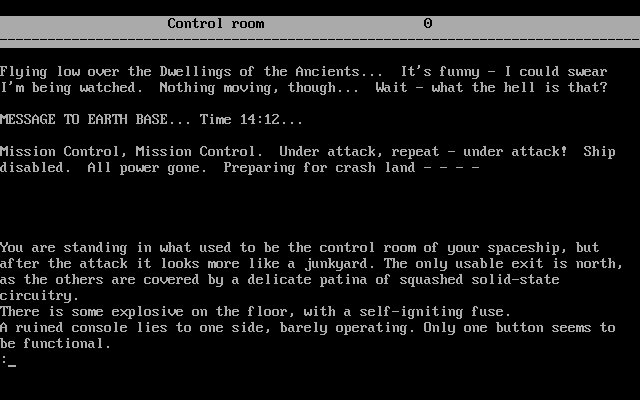 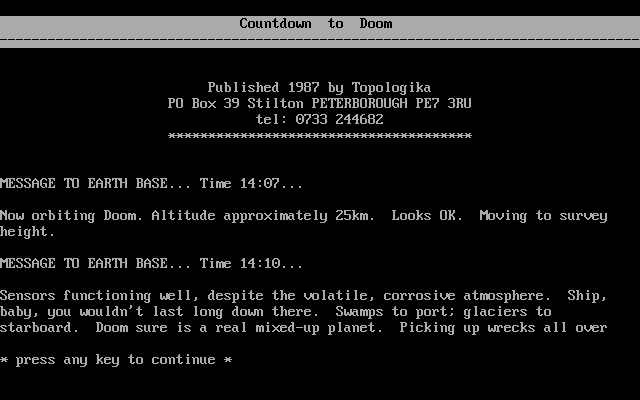 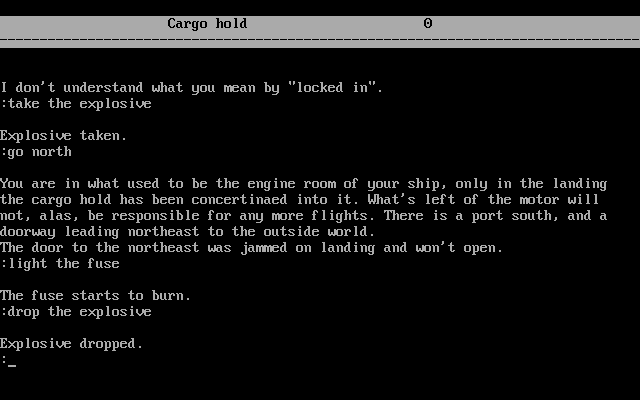