"We had a pretty bad winter in 1800. With the first signs of spring, St. Louis emerged from its lethargy. The big sailboats made the journey back up the Mississippi River and lined up along the jetty.
I didn't have a dime to my name. I'd spent all my savings in the local saloons. It was time to head west again and hunt beaver, so I could sell the skins to my associate at the time, Schwartzbauer the goldsmith.
I only took what was strictly necessary on these expeditions - a big knife, a sturdy two-handed axe, and Betty, my famous rifle with the maplewood stock. Schwartzbauer bought me a canoe and I sailed away on a misty April morning.
I was canoeing quietly up the South Platte River when I suddenly heard shouts coming from the shore. I glimpsed a group of Pawnees between the trees, attacking an old Indian. I grabbed my faithful Betty, and pulled the trigger. Once again, my aim was good. The head Pawnee bit the dust. The other warriors, frightened by "the stick that spits fire" ran away immediately. I rushed over to the old man. He was a Cheyenne big chief. I noticed he was tied to the ground by a length of rope connected to a heavy wooden peg. I recognized this as a Cheyenne death ritual-an aged Indian will tie himself this way in an enemy's territory, so he may die the death of a warrior.
The man was dying. He had been wounded in three places. He held out a piece of parchment to me, and whispered in a weak voice, "Help me, I am dying, I have lived the life of a warrior, now I die like one... but also I must be buried as one to enter the Happy Hunting ground. Do this for me, and I will make you rich." Moved by pity (and, I must say, the thought of money) I vowed to do this.
"Take this map, it will lead you into a mysterious land. If you prove to be both strong and law-abiding, brave and cautious, cunning and helpful, you will discover the secret of your tribe, Pocohontas's gold mine. It will belong to you because you will have deserved it for saving my soul."
With these words, the old man breathed his last. I built a burial- place for him, then returned to my canoe.
I followed the rivers and streams for several days, as directed in the parchment. At dawn on the seventh day of travelling, I entered the territory mentioned on the map. I had no idea then of all the adventures I would have..."
Developed by:
Silmarils
Silmarils was founded in October 1987 by two French brothers, Louis-Marie and Andre Rocques.
Multiplayer:
No Multiplayer
Platform: 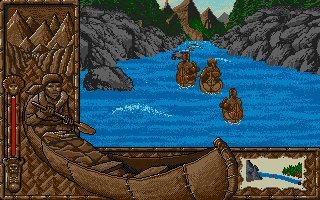 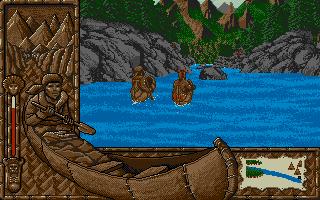 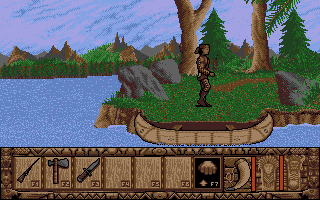 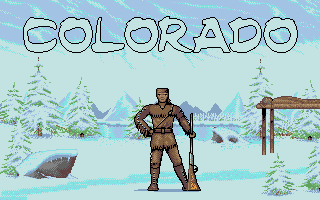