Cheesy Invaders is a typical outer space shoot game having a twist of lime. You need to aim your ship with the help of a mouse or keyboard. Just hit at the target, and press the lift button. That is all. You just need to aim and fire. Cheesy Invader can be called the clone of Space Invaders and Galaxian. A group of the strange alien will try to attack the world. You have to act as a protector and prevent them from attacking. Just target with the mouse and shoot the aliens. This is a fight against the races like The Planets, Mac, and Cheese and TV adjusters. Cheesy Invaders also features a short high score view and a funny game over. It has a “you lost a life” sound.
Each player must have some points, and as you play each level, you receive a bonus of 500 points. Your goal is to score a huge number of points before dying and reaching the piano level. When you are on the piano level, in case you find the correct notes you can play your favourite tune. Thereby winning lottsa stuff. This game is ideal to Space invaders, though it has different theme and enemies. The ship moves left and right with the use of a mouse. It controls fire with the use of a mouse. Unlike space invaders, these sound effects are rarely used and its sound effects are quite strange. They are only played onany occasions. These include the flying of spaceship across the top of the screen or in case a life is lost. This is a superb game. However, its playing experience can differ with your browser or computer.
Developed by:
Cheesy Software
Multiplayer:
No Multiplayer
Platform: 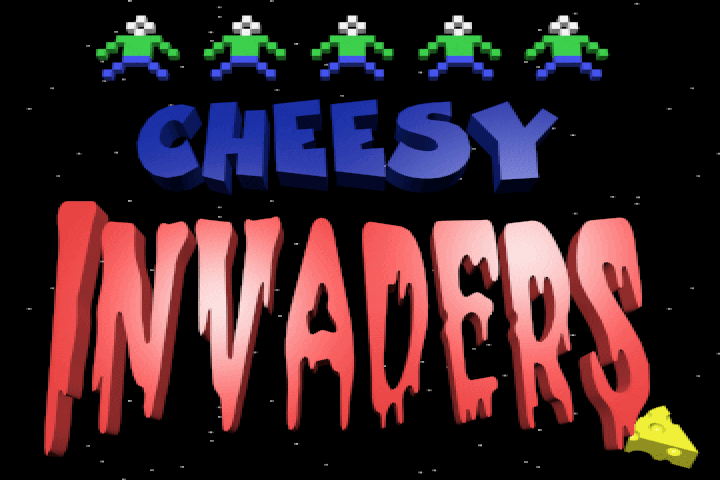 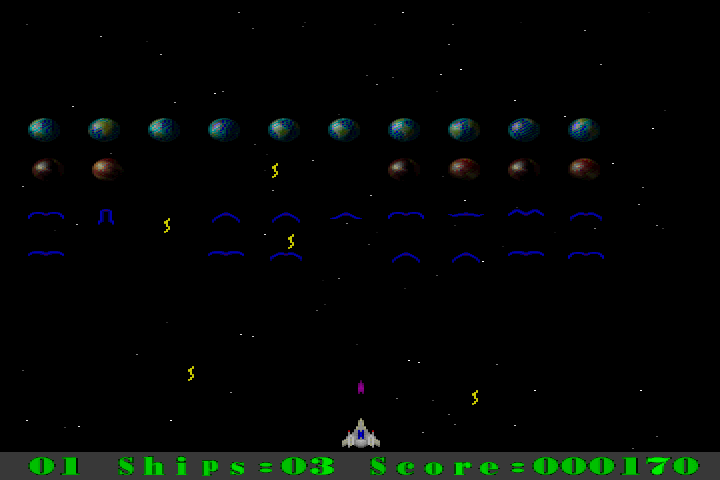 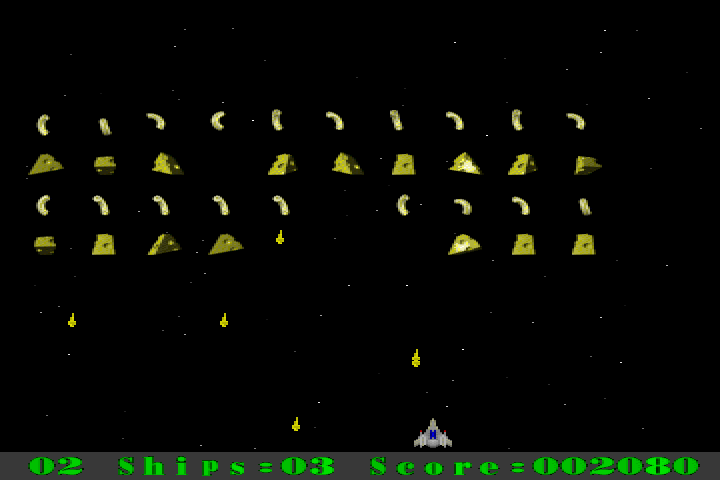 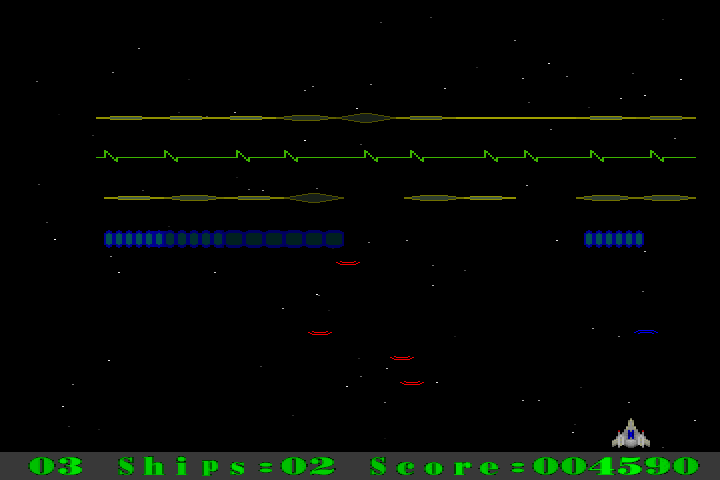 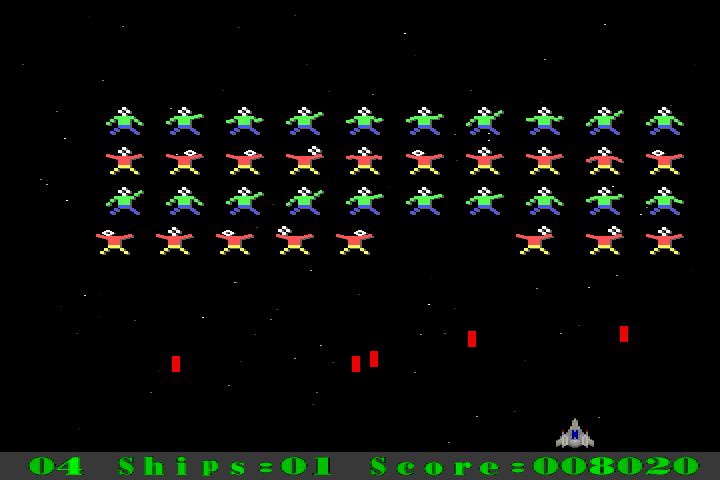 This game is surprisingly good and I think it's one of the best of the old "Invaders" style games. Why? Because it's clever and a lot of fun. Perhaps the "cheesy" theme is a bit overplayed but at least it's original. And the gameplay does away with the typical invader shields, which I consider a plus. The enemy bombs also descend at various angles, not just purely vertical. This means that the game strategy becomes one of avoiding getting hit as well as accurate shooting; and by the way, after each level is completed, there is a scoring bonus based on your percentage of effective shots. All in all this gives a simple game much more depth than you might expect. The sound effects are just enough, not overdone and completely ridiculous, but enough to add interest. Of course by today's standards, sound and graphics are primitive, but we don't play these games in the first place if that's what we care about. I'd actually rate this game 5/5 for what it is, and that's backed up by the fact that I keep playing it over and over.
Play NOW ! Run In Browser Download Submit review