Caverns
The first Kroz adventure. And the hardest. If the emulation speed is too fast, there is no way you'll ever beat Caverns. And even if it's set to a reasonable speed, Caverns still manages to be a very, very difficult game.
If you actually have a mind to play Caverns I, chests play a much more important role than in Caverns II: they can contain teleport scrolls. There are some levels that are absurdly random in Caverns, especially level 14, because they rely upon a series of lucky teleport destinations for you to finish.
If you are new to Kroz, you might want to consider skipping Caverns and moving on to the next game in the series. Caverns is tough, ugly, and brutal.
ENEMY COMPACTION STRATEGY: A common strategy to use when large volumes of monsters appear on the screen. In most cases, random level layouts with lots of enemies will leave little room for you to maneuver without taking damage.
But if you skirt around the perimeter, enemies will gradually start packing closer together, allowing you to outrun them (as long as you stick to the edges of the screen). Since enemies are less likely to destroy items on the edges of the screen, you can normally pick up goodies with minimal damage.
If the exit stairs are in the middle of the screen, though, enemy compaction does not work to your benefit. You will have to dive straight through them when it is time to exit the level.
If enemies have completely closed in, a teleport scroll is useful. With the enemies packed in so tight, the teleport will normally take you to a place far behind them, since teleports only go to empty spaces.
ZERO-SUM STRATEGY: Employ this when deciding if it's worth it to expend whips to get items. There is a 2/7 probability that an unimproved whip will destroy a breakable wall. However, if you need only destroy one of three adjacent walls to proceed, the chance of a whip swing allowing you to progress is 3 times that: 6/7. If the direction of your progress will net you 1 whip or more for every 1 whip expended, it's a good direction to go in. Otherwise, it's more sensible to avoid blocked items.
WHIP-VERSUS-GEM STRATEGY: Should you use a whip or just take the damage from enemies? When presented with this dilemma, take into account the following: For narrow corridor of unavoidable enemies: red enemies take only one gem, making it better to run through them. Green and blue enemies are better when whipped, since they take more gems in one fell swoop than you would be able to restock. But if you can restock with a comparable number of gems right away, it might be worth running through solitary green or blue enemies.
For clusters of enemies: if there are 4 or more surrounding enemies, it's usually better to whip them. The damage you take from 4 or more surrounding enemies can be nasty. In the case of blue enemies, it's downright hideous.
Developed by:
Apogee
Apogee, founded in 1987, was considered an innovator in gaming industry. The game was eventually transformed to 3D Realms which continued to carry exceptional new ideas. Apogee also mend to the mind of players with vast base of shareware versions. Almost everyone can remember some shareware game from Apogee which were freely distributed among players. This approach made the company very known and popular and turned to be a good decision.
Multiplayer:
No Multiplayer
Platform: 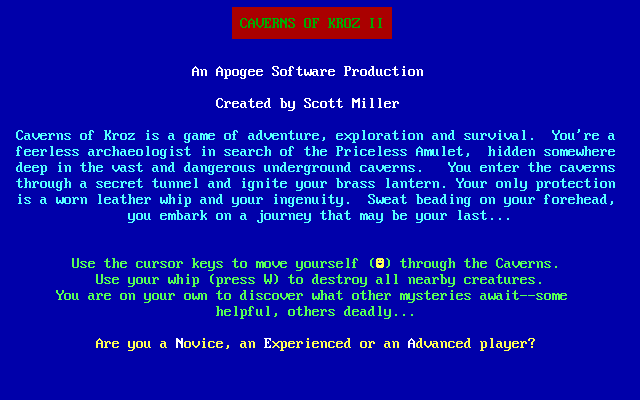 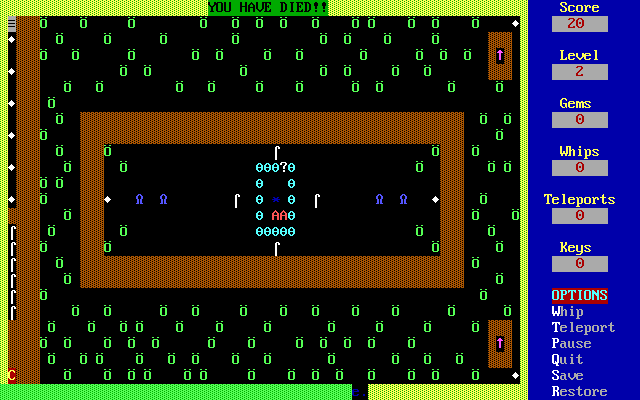 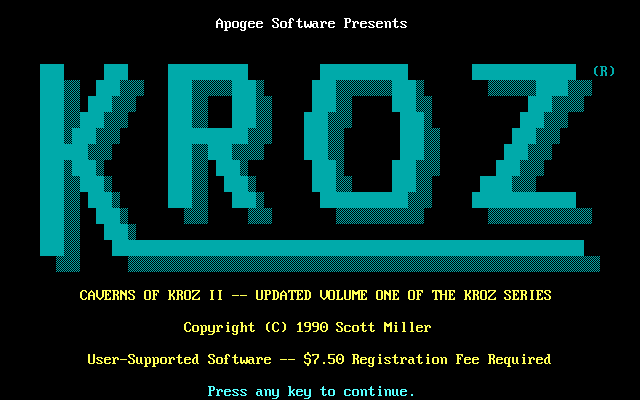 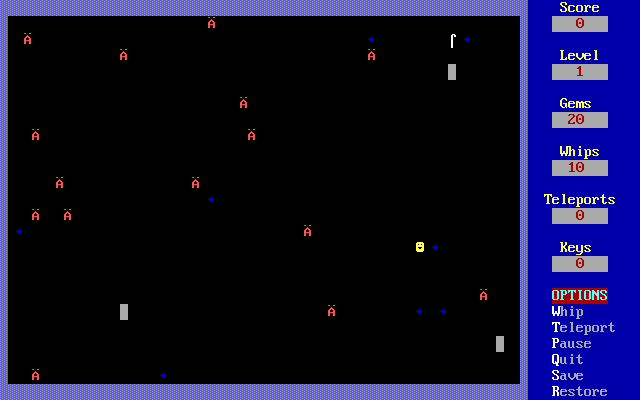 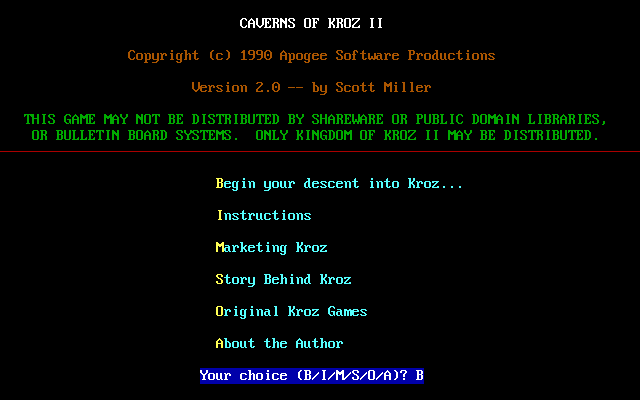