ENTER OFFICIAL IDENTIFICATION SEQUENCE:
ACCEPTED.
DOCUMENT PROCEEDS:
Commander, thank you for making yourself available at such short notice. The following information is of a highly confidential and sensitive nature and must not fall into the hands of dangerous and irresponsible persons. I am, of course, speaking of politicians and journalists.
This document has been prepared by Commander Sherwood, and only he, you and myself are aware of the full extent of this sensitive situation... Document received 29 MAY 2166:
It is a little known fact amongst the general populace of this nation that almost three years ago the ship SS Delta made an exciting and economically miraculous discovery whilst on a routine tour of duty in the Southern Ocean.
The Delta is a member of our small fleet of Fuel Hunters - specially designed ships whose sole purpose is to scour the ocean bed, probing the silt and drilling into the rock, searching for the rarest commodities in the modern world--Fossil Fuels and essential industrial metals.
After reports of inconsistent air pressure and unpredictable tidal activity in an area 670 miles due west of Gamma Base, Delta discovered that a number of small volcanic islets had emerged from the sea and even more were emerging, due to a huge movement in the Treltor and Avapola tectonic plates which were not expected to separate for at least another six thousand years. A number of eminent scientists who were sent to investigate the phenomenon reached the conclusion that the movements were probably due to the multitude of underground nuclear weapon tests that were carried out in the late twentieth century, but the blame was never officially laid on any nation who had previously entertained a nuclear arsenal.
The press and public were never informed of anything other than a 'minor geological fault' occurring in the area. However, the team of scientists who investigated the fault also put forward a theory suggesting that the stored energy trapped within the fault could be 'tapped' and stored in a form suitable for shipping back home. The scientists' report put forward the following five-point plan:
1. There should be a 'controlled' leak of the volcanic magma energy, to produce a group of small islands similar to the ones already in existence, but of a controllable size.
2. The majority of the islands should be geologically encouraged to develop volcanic activity, which could then be controlled.
3. Some of the islands should have their volcanic activity inhibited, and these islands could be used to house the various Power Stations and Command Centres that would be necessary. All these facilities should be populated by service droids.
4. Two large vessels should be commissioned and developed. These ships would carry a detachment of Aircraft and Amphibious Tanks which would transport the Control Centre Builders (highly advanced self-constructing devices, designed to build the Control Centres and their accompanying buildings), collect raw materials, and also serve as a defence force, if need be.
5. The Aircraft Carriers would start on opposite sides of the island archipelago, and work towards 'populating' all the islands within a two year period.
With the whole planet in the midst of a colossal energy crisis, the government decided to keep the entire matter secret, whilst proceeding with the simultaneous design and construction of the two Carriers, and the controlled development of the archipelago of islands.
The Carrier commission was given to the giant Draziw Industries Corporation, as they were the only contractor who were in a position to develop the aircraft, tanks, Command Centres, and ancilliary servicer droids necessary for operation within the Carrier.
Developed by:
Realtime Games Software Ltd.
Realtime Games Software Ltd. consisted of Andrew Onions and Ian Oliver. They were still studying in Leeds (UK) when they presented their first game 3D Tank Duel in 1984.
Multiplayer:
No Multiplayer
Platform: 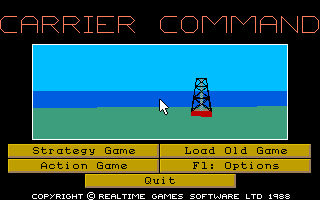 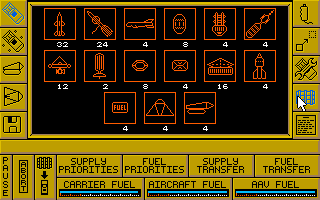 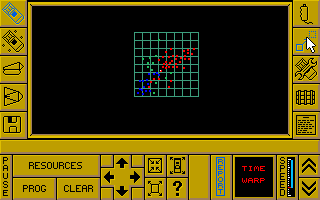 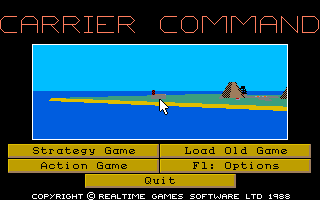 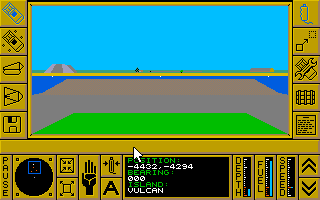 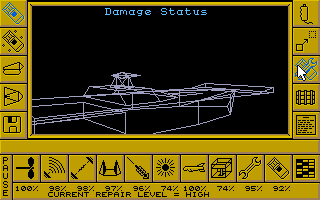 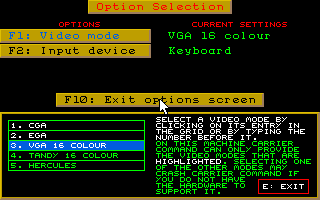