Caesar is a classic video game for computers. In the game, the player is held needs to take command over the character of a Roman administrator and construct classic towns in Rome. The adventurous game, was developed by Impressions Games in the year 1992. In the game, the player needs to build cities and buildings in it. The player builds a town on a barren piece of land. In the town, the player builds roads, buildings, industrial hubs, power plants, educational institutions, hospitals, parks, and several other infrastructures. In addition to this, the player decides the tax rate of the land and various services. Also, the player decides several particularized historical themes for the town and other monuments. Furthermore, the town consists of military forces for the security of the town. In the gameCaesar, the player needs to manage and raise finance for the armies who are in opposition to the barbarians. The player needs to manage his finance for the administration of the armies. Also, funds are needed for raising the armies, manage the travel of the armies and transportation system and routes for transportation. An estimated budget is prepared and the player needs to build the town keeping that in mind. As the city grows in size, the player needs to provide the basic amenities to the citizens and also, look after their welfare. The basic services, which the player needs to provide to the citizens, include health, parks, recreation, education, and safeguard. Also, the basic needs such as water and electricity are the most crucial things which the player needs provide to the customers. The game equips the player with management skills and teaches him administration. The sound and graphics are also done well.
Developed by:
Impressions
Impression Software was founded in 1989. The company focused on strategy and business games including sport simulations. It was acquired by Sierra On-Line in 1995.
Multiplayer:
No Multiplayer
Platform: 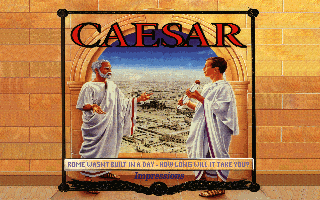 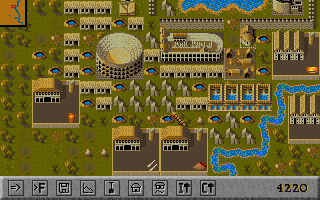 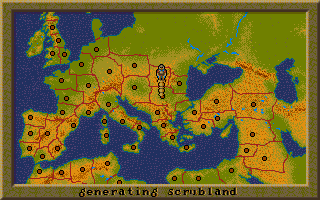 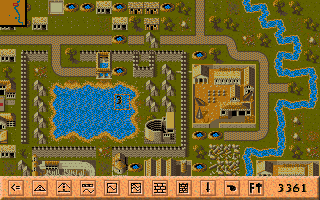 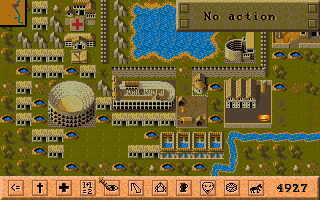 Add comment
4/8/2014 1:16:00 AM - Matapedia_gamer fun game, sort of like sim city, would be funner with an attack feature to combine it with civ
What is abandonware ?