BrainBreaker is a puzzle game published and developed by JME engineering. The game was released in 1991 for the DOS platform. The puzzle game is played from a point and select interface and is placed with turn-based pacing. It features a flip-screen and fixed visual and is played from a top-down perspective.
The single-player game can be played using a keyboard or a mouse. In the simple puzzle game BrainBreaker, the player has to turn the playfield entirely dark. The playfield incorporates cells of dimensions 3by3, 4by4, and 5by5. When the player moves, the color of the respective cells changes, such as 3by3, 2by2, or 1by3, for instance. His movement can make the light cells dark and also the opposite (revert dark cells into light). When all the cells have turned dark, the game gets completed. Although, there is no competition against any other player and therefore, you cannot lose the game. Nonetheless, the game counts the number of moves until the entire puzzle has turned dark, or the puzzle has been completed.
Crossing a cell makes it dark. However, when the player crosses the cell again, it becomes light. Thus, it becomes necessary for the player to be careful about his moves. Also, he has to plan his moves so that he can cross all the cells without the need to step back on the same cell.
The game features a help button. Hitting the button spotlights a potential move that will help him solve the puzzle. The help button can be used by the player multiple times, as per his need.
Developed by:
JME Engineering
JME Engineering is the software development company of Joe Merten. The company was founded at June 1st in 1988 in Berlin, Germany. The subject is software development in the whole range of the business: Commercial, shareware, freeware and open source. Games, office applications, compiler development, scientific, technical and embedded software. Over a range of some operating systems (Windows, Linux, OS/2, DOS) and on some os-less systems. Using on a variety of programming languages like C/C++, Delphi, Pascal, Java, Assembler et cetera. The first released game of JME Engineering was BrainBreaker in Summer 1991, a simple DOS puzzle game. All developed games and some other software are provided as free downloads from the company's homepage.
Multiplayer:
No Multiplayer
Platform: 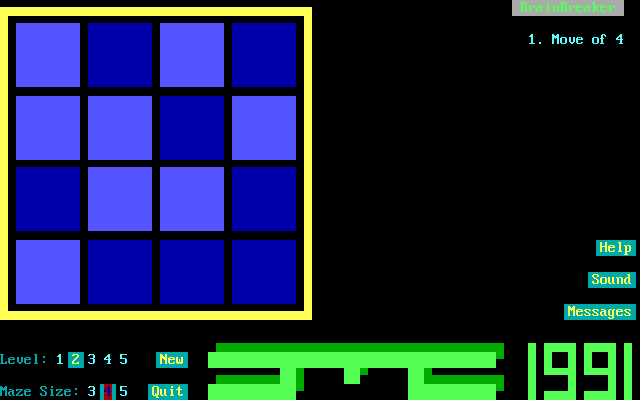 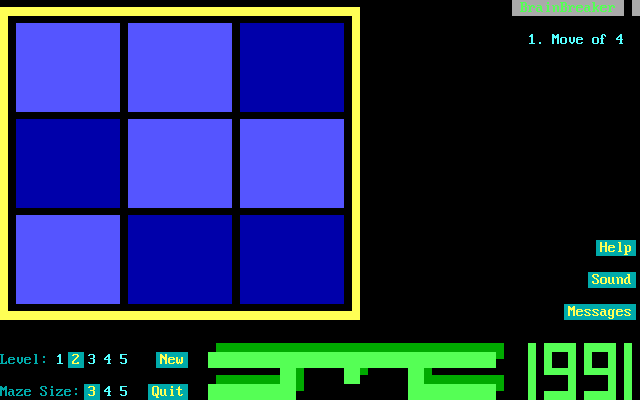