The objective of Bolo Ball is quite simple. Starting from the top row you try to push your 29 balls down a maze so that they reach the bottom row. The farther down you can get them, the higher the score. You play against the computer who will play the RED balls and you will play the Blue.
The game board is a 29x18 grid. In this grid there are several different obstacles that you will want to use to your advantage. They are:
Blue Arrow Tiles: These are ramps that will make the ball travel in the direction of the arrow. Once a ball has hit a ramp and moves off it, the arrow will flip itself to the opposite direction for the next player's turn.
Yellow Bonus Tiles: These will add ten points to your total score. They will not affect the path or direction of the ball.
Gray Tiles: These tiles will stop the ball if they obstruct the ball's path. When all the balls have been pushed by both players, these gray tiles will be removed and the balls that are above them will continue to gather points as they descend toward the bottom row. (The game is won or lost in most cases by the points gained once these gray tiles are removed!)
Purple Tiles: These purple tiles (ramps on level three of the long game version), rotate randomly. The ball will move in the direction of the arrow at the time of contact.
Black Holes: There are five tiles that are called Black Holes.
If a ball hits one of these black and white tiles, it will disappear and resume its journey from another one of the four remaining Black Holes. There are two types of games you can play in Bolo Ball. One is the short version that ends after only one level, and the long version which has three levels. The computer is hard to beat playing the long version, but it's a lot more fun!
Point totals are located on the bottom row of the screen. A ball that reaches the bottom row will be awarded 60 points. Each ball that remains on the grid board, will show its value (2 points per row).
This will automatically be added to your total score.
Developed by:
Soleau Software, Inc.
Multiplayer:
No Multiplayer
Platform: 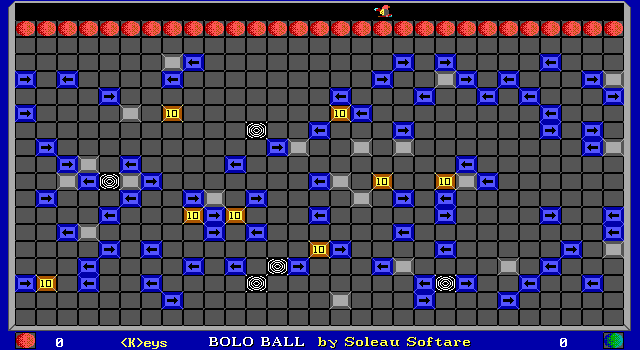 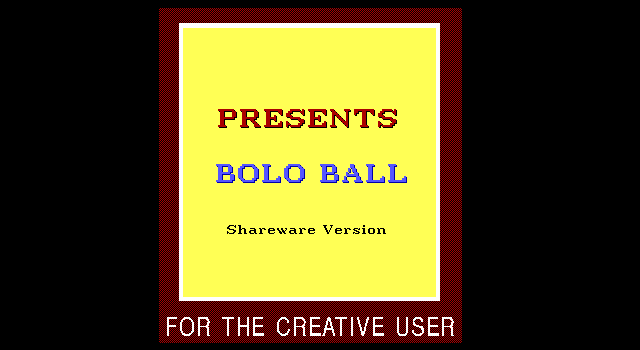 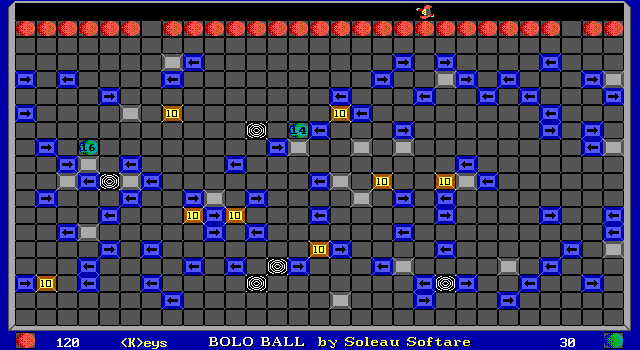