You can play f.e.:
Klondike is the most popular of the many solitaire card games people have played over the centuries.
The cards are dealt out into seven columns. The first column has one face-up card, the second has one face down and one face up, the third has two face down and one face up, and so on until the final column with six face down and one face up card. Remaining cards are placed in a face-down deck. You can move the exposed face-up card(s) in a column to another column if the topmost card has a value exactly one less than the value of the card in the column you are moving it to, and is of the opposite color. Values run from aces up to kings.
For instance, the queen of hearts can be placed on the king of spade or the king of clubs. An empty column can be filled only with a king. Moving the stack of face-up cards from a column exposes the bottommost face-down card, if any... Murder In The Museum is a text adventure game. You give it simple one - or two-word commands to tell it what you want to do, such as "OPEN SAFE." To move around, enter the single-letter abbreviations of compass directions, N, S, E, W, or U for Up and D for down. The directions you can go from any location are shown at the end of the location's description.
In PRINT SHOP IMAGES, BIG BLUE DISK presents a collection of images designed to be used with Broderbund Software's popular Print Shop program. If you own Print Shop, you can print these images on your own printer to create greeting cards, letterheads, and posters.
Saturn, the sixth planet of the solar system, has always intrigued astronomers. It was named after the same god in the Roman pantheon who also gave us Saturday. To the ancients, it was just one of several bright lights in the sky which moved around unlike the fixed stars: these were named "planets" from a word for "wanderer." However, when Galileo turned his newly-invented telescope to Saturn, an unusual aspect was discovered: its rings. Galileo thought at first that they were two moons that just happened to be on opposite edges of Saturn, but that was disproven when they stayed in those positions instead of rotating. Ultimately, more powerful telescopes revealed that there was a series of rings extending all the way around the planet. Several years ago, the flyby of the Voyager space probe yielded beautiful color pictures of Saturn and its rings.
The Structured Programming Language is what its name implies: a programming language containing high-level structures not found in BASIC. It is fairly similar to Pascal, with procedures, blocks, local variables, control structures, and the like. The SPL compiler takes a program in SPL and converts it into normal BASIC for you to run in your favorite BASIC interpreter or compiler.
Before you attempt to program in SPL, we recommend you read the manual that is included on this disk in the file MANUAL. From the DOS prompt you can list it to your screen with the command "TYPE MANUAL", or to your printer with "COPY MANUAL PRN" or "PRINT MANUAL". It's rather long, but it gives a complete rundown of the SPL commands and structure and how to use the compiler.
Developed by:
Softdisk, Inc.
Softdisk was a publisher of "disk magazines" -- magazines distributed on disk, with programs, interviews, advertisements, etc. They were very popular from the 1980s until the mid 1990s, when the World Wide Web explosion changed the computer into a true consumer device. The programs were sometimes helpful utilities, but were mostly games you could play. Softdisk acted as a game publisher, and paid authors for their work.
Multiplayer:
No Multiplayer
Platform: 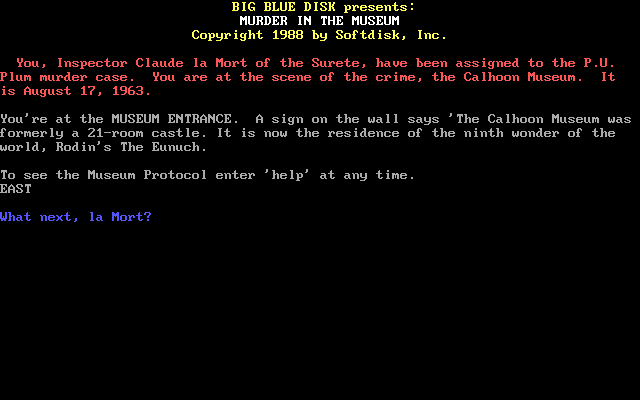 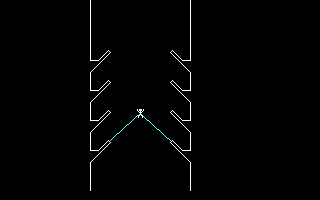 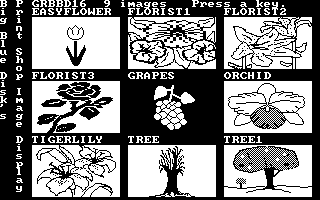 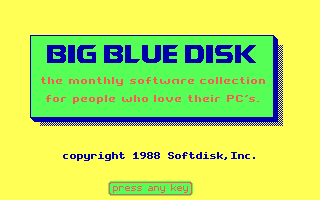 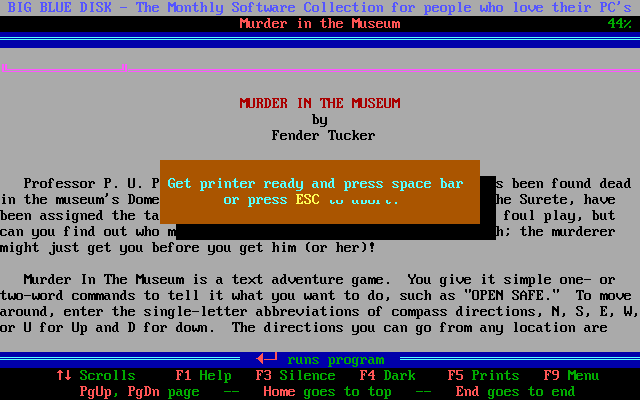 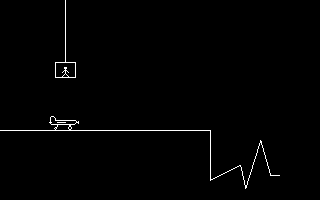 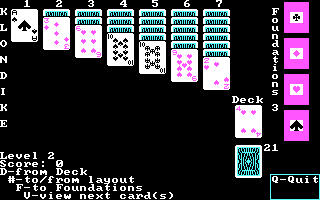