ZZT comes with a pre-made game called "Town of ZZT" that, while it is nothing compared to the newer ZZT games, gives you a basic start into ZZT and what it can do. What ZZT does do, in the editor, is start you out with a blank screen, and using the keyboard, a mouse, or a joystick, you position terrains, items, creatures, and text on the screen to make a "board". You can then make another board and connect it to the other one by means of walking off the edge of the screen or traveling through a passage. A number of boards put together makes a "world" of ZZT, and that is, in a nutshell, how a ZZT game is produced. Of course, it's not as plain and simple as that, and that is where this book comes in. So right now, let's go to more basic programming skills.
How To Play ZZT
Before we get into the specifications of editing, let's learn how to play ZZT. When you get to the title screen after you run ZZT.EXE, you press W to select the game you want to play (the available games are any files in the ZZT directory that end in .ZZT). You then press P to play the game. The game loads up and you start. You are represented by a white happy face with a blue background. Actually, there is a very detailed help file in ZZT as to how to play the game, and really, once you know how to make a game, playing it will come natural.
How to begin editing
Once you enter the ZZT program, you can hit E to start editing. When you hit E, the screen will change to an empty black screen with a yellow border. There will be a red box asking you to input a board name. Type in anything you want and press {ENTER}. Now that you are in the editor you will see that you are ready to go. You move the cursor by pressing up, down, left, and right.
Editor Function Keys
These are the keyboard, joystick, and mouse buttons that will serve a purpose in the ZZT Editor.
[L] Load a world
[S] Save a world
[Q,ESC] Quit editing
[B] Switch boards - You can switch between your boards and add a new board by going to the bottom of the board list. The top board of the list is always the title screen.
[F1] Bring up the item list
[F2] Bring up the creature list
[F3] Bring up the terrain list
[F4] Enter text - Text will enter in white on (the color you have selected in the color box). When you have the color white selected, you get plain white on black text.
Developed by:
Epic MegaGames, Inc.
Epic MegaGames, Inc., formerly established as Potomac Computer Systems in 1991 released many popular shareware games which generated enough fame among gamers to make enough profit from the sales. The most popular games are for example Jazz Jackrabbit or One Must Fall: 2097.
Multiplayer:
No Multiplayer
Platform: 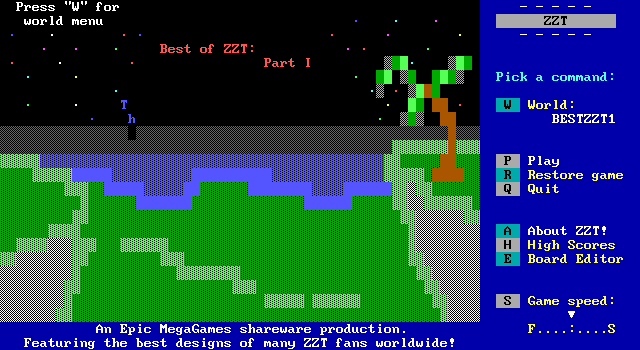 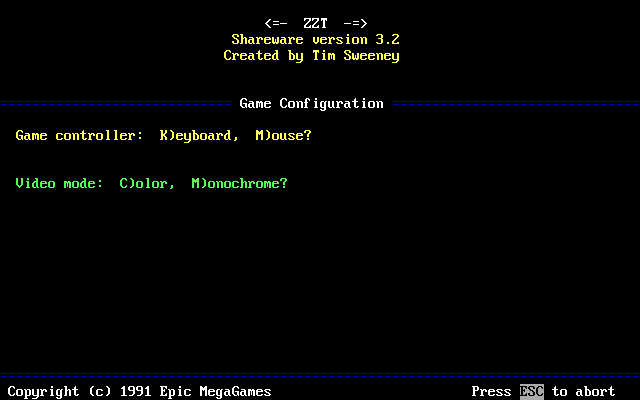 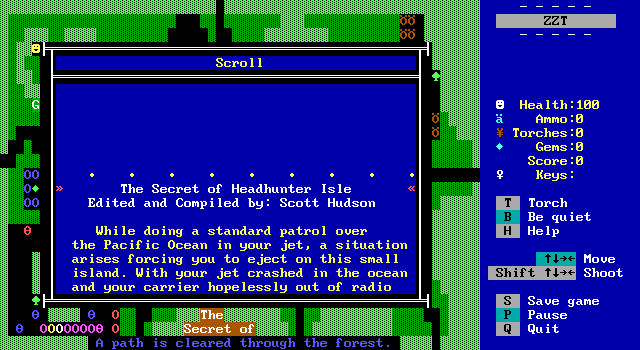 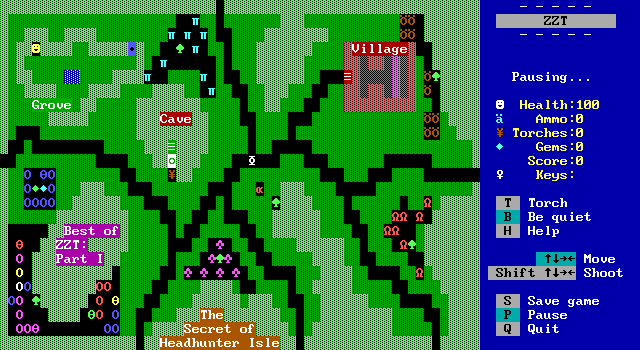