Below the Root is an adventure game released in 1984 for the Commodore 64, Apple II, and IBM PC. It was the sequel to the Green-sky Trilogy by Zilpha Keatley Snyder, published in the 1970s.
Green-sky is a planet covered in very large trees, called grunds. Humans have been living there for a while after they escaped from Earth long ago because of war. On Green-sky, they tried to create a society with no war or violence at all. They called themselves the Kindar and colonized the planet, building 7 cities high in the giant trees. They developed magical psychic powers called Spirit skills.
Eventually, there was a feud between 2 leaders of Green-sky, D'ol Wissen and D'ol Nesh-om. D'ol Nesh-om died, so D'ol Wissen locked D'ol Nesh-om's followers underground and caused the roots of a vine to grow and become indestructable.
These people underground formed their own society, called Erdlings. D'ol Wissen then tried to keep the Kindar apart from the Erdlings by teaching that they are monsters called Pash-shan and forbidding Kindar from going to the surface of the planet. He founded the Ol-zhaan, a society that would keep the Kindar and Erdlings apart and put criminals below the Root. Over time, people lost their Spirit skills.
The 2 societies lived apart for a long time until Teera, a young Erdling girl, escaped through a gap in the Root and reached the surface. She was discovered by 2 rebel Ol-zhaan, D'ol Raamo and D'ol Neric. These 2 Ol-zhaan were some of the only people left who could still pense (communicate telepathically) and have discovered that the Ol-zhaan are evil. They took Teera to Raamo's parents' house to meet her sister, Pomma, and the 2 girls re-learned the Spirit skills! It was considered a major miracle and the rebels, then joined by D'ol Genaa, got the approval from D'ol Falla, the leader of the Ol-zhaan, to free the Erdlings.
However, the second in command, D'ol Regle, wanted to be leader and didn't want to lose his power through the freeing of the Erdlings. He tried to kill everyone who was opposed to him with a gun that had been brought from Earth, but he failed because Pomma and Teera were able to "kiniport" the gun away from D'ol Regle. Then the Erdlings were freed and eventually they decided to take the gun to a deep cavern underground with a big lake, called the Bottomless Lake. Raamo tried to let go of it, but he fell in the lake. Now, as one of 5 Green-sky characters, your mission is to find Raamo.
The game takes place in the city of Orbora and includes 10 grunds, from left to right:
Sky - Garden L - Garden R - Broad - Grand - Silk - Star - Temple L - Temple C -
Temple R
It wraps around, so Sky is again to the right of Temple R and so on. This suggests that they may be in a roughly circular formation rather than a west-east line, and so I will use left and right instead of west and east for this guide. The books mention a few more grunds: Hallgrund (I think only once) and Orchardgrund. There is also a Ninegrund mentioned in the books, but it's a city and not a grund. The Temple Grunds are called the Temple Grove in the books. It's possible that "Hallgrund" is really Grandgrund, which has the assembly hall.
Developed by:
Dale Disharoon, Inc.
Multiplayer:
No Multiplayer
Platform: 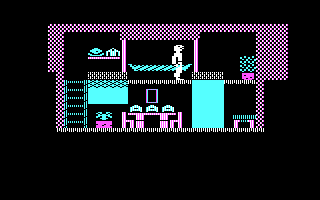 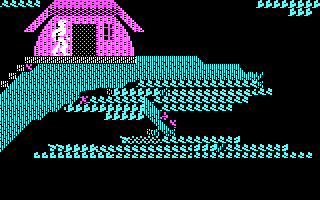 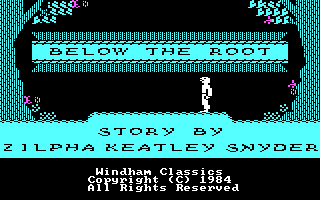 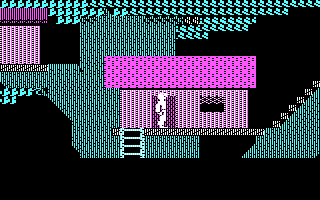 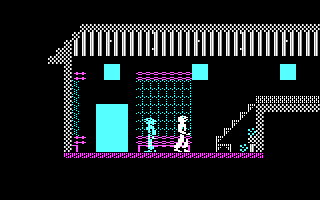 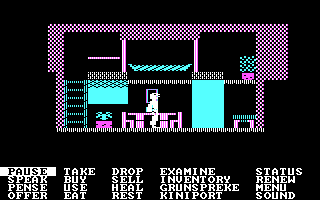