There is a darkness over the battlefield. The wind sighs gently and there, in the distance, comes the flash of lightning and the rumble of thunder. With a sudden gust of wind, your warriors appear: the King, the Queen, two each of Bishops, Knights and Rooks, and before them all, a row of Pawns.
Waiting, your King turns to you, ready to order his servants forward to their deaths in your battle to rule the field. Yet you hesitate. In that moment, you hear the clank of armor as the wind grows stronger, and somewhere nearby, there comes the sound of metal upon metal as one of your warriors draws his blade, impatient for the coming slaughter. Suddenly, the thunder crackles overhead and lightning flashes shadows upon the checkered board. The time has come. There can be no more delay. The storm is upon you, and so too the battle. You make your choice-a Pawn marches forward against the darkness opposing you. And here Battle Chess begins...
The goal of playing a game of chess is identical to that of many other games: specifically, defeating your opponent. In chess, this is done by placing your opponent's King in checkmate. Every move you make should be for this goal and to prevent your opponent from doing the same to you.
The white pieces (colored red in Battle Chess) move first. To move a piece, click on the square the piece stands on with the left mouse button, and then on the square you want to move to.
If the destination square does not flash when you point to it, then the piece cannot legally move there. If you change your mind after clicking on a piece's square and you want to move a different piece, you can click again in the piece's square to de-select it and start over.
After the piece walks over to the square you select, it will be Black's turn. (In Battle Chess, the black pieces are colored blue.) If your opponent is a human, use the same technique to move the piece you wish. If your opponent is the computer, it will think for a few seconds (depending on the Level menu) and then move its chosen piece.
Developed by:
Interplay
The company was founded by Brian Fargo in 1983. Stationed in Southern California, the company created marvelous titles like Fallout or Baldur's Gate. Even over the former success, the company eventually went bankrupt in 2004 and sold most of their intellectual property to other companies like Bethesda.
Multiplayer:
No Multiplayer
Platform: 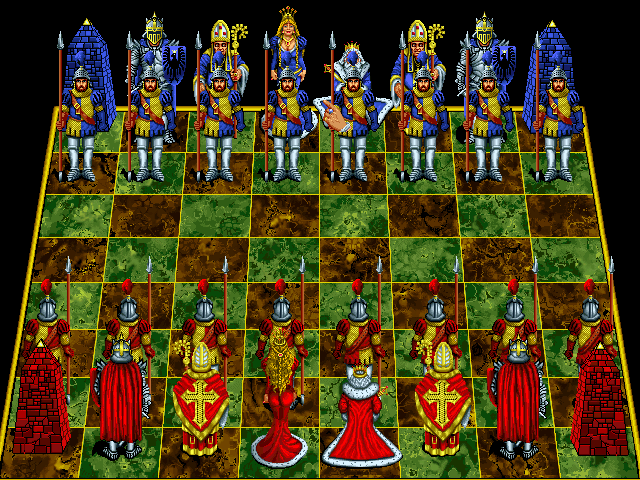 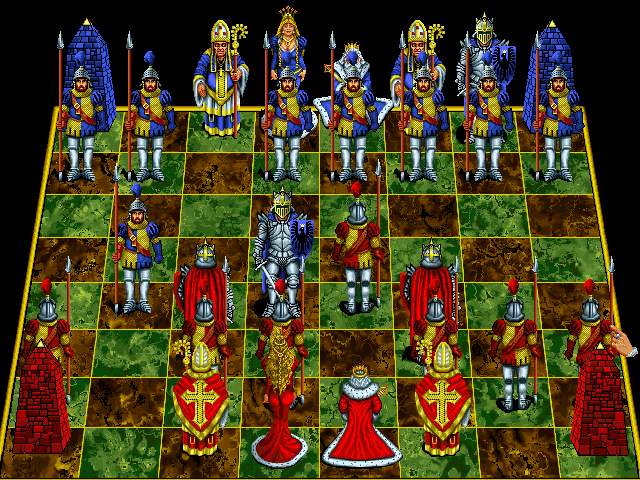 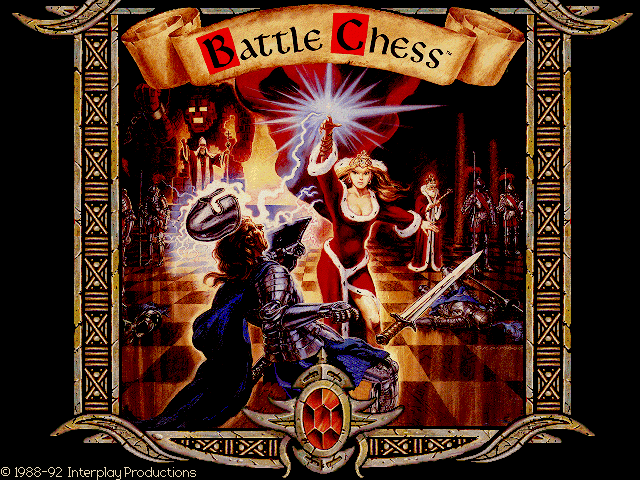 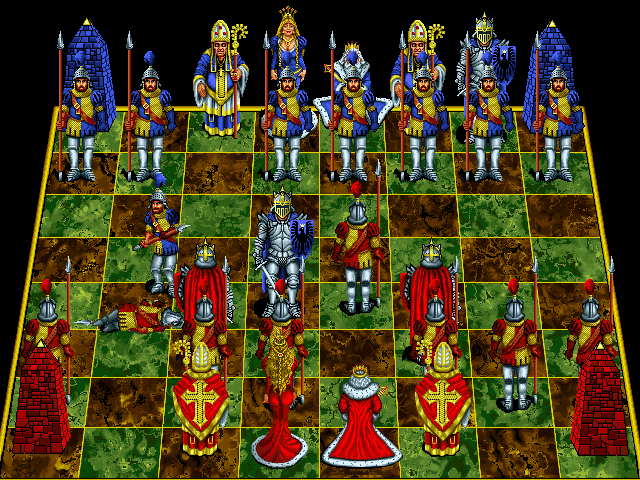 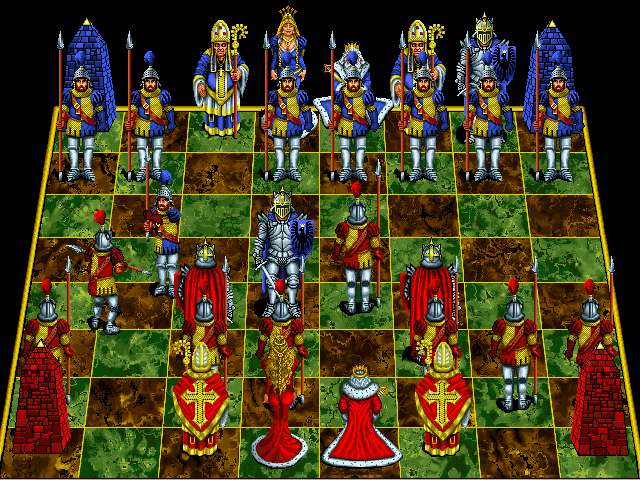