Each of the events of BAR GAMES can be played individually. Use the UP/DOWN arrow keys to indicate which one of the following events you want to play:
- LIAR'S DICE - Each player begins this game with 100 chips. There are ten rounds. If, however, your chip total becomes zero at the end of any round, the game is over. Each round opens with your first WAGER (in increments of five, from 5 to 500 chips - although, of course,you cannot WAGER more chips than you have.)
- WET'N WILD - Better known as a Wet T-Shirt Contest, the object of this lubricious entertainment is to dunk as many buckets of water as you can from a catwalk onto a contestant on a stage below. You get a maximum of 16 buckets and one minute per round to get the hardbody below at least 80% wet. Each time you do, you move on to a new contestant.
- LAST CALL - You are the bartender. Your job: Slide mugs of beer down a long, sleek, 3-tiered bar to thirsty patrons. Precision throwing is a pure art - too weak, and the mug slides off the bar short of the mark; too strong, and the mug goes tumbling over your customer's outstretched hand.
- AIR HOCKEY - A simple game that requires complex motor skills, always present in any bar situation. On screen is a standard air hockey table. The object is to score goals by using your PADDLE to knock the PUCK into the slot (goal) on the opponent's end of the table.
- PICK-UP ARTIST - The bar game to end all bar games - and probably why bars were invented in the first place. In our version of this not-so-trivial pursuit, you first espy three lovely ladies sitting at the bar on a Wednesday night with their backs turned to you. From one of these three lovelies, you receive a secret message, the upshot of which is that she wants to meet you and that she is wearing a flower. Thus you have...
Developed by:
Accolade
Accolade was founded in USA in the year 1984. The company was founded by people who originally left Activision. They however created many successful titles and series mainly from racing category like Test Drive or Grand Prix series.
Multiplayer:
No Multiplayer
Platform: 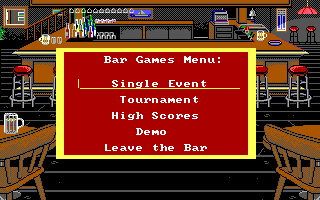 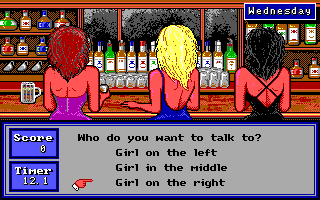 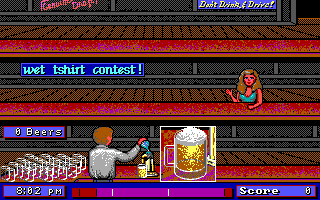 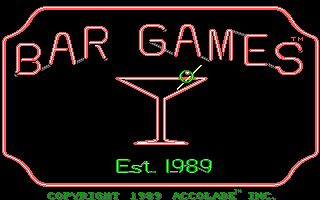 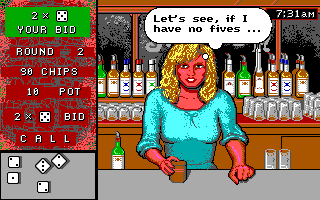 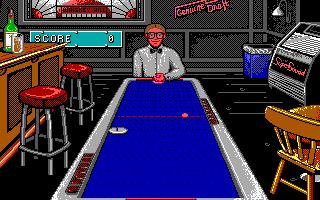 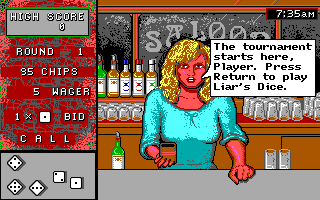