Arthur: The Quest for Excalibur

It has been many years since King Uther has died, and his once-proud kingdom is in danger of coming apart at the seams. No one has been able to draw the legendary sword from the stone. No one has been able to unite the country against the invasion of the Saxons. The people grow weary of life without a High King, and they are ready to accept a usurper on the throne, even though they know he is not the rightful heir.
In Arthur, you play the role of the young king who has grown up in ignorance of his heritage. The time has come for you to draw Excalibur from the stone and rise up to defend Britain. But before you can do so, you must prove to Merlin that you are ready to take up the burden of kingship. As you progress through the game, you must earn the wisdom, experience, and chivalry points that will demonstrate to Merlin that you are indeed ready to claim your birthright.
Greetings
My name is Merlinus Ambrosius, but men call me Merlin.
Aye, I live still, even unto this present day.
And I shall live on into worlds which you do not dream of,
but which I already see.
Legends tell you
that I was beguiled into a trap, imprisoned in a hollow hill,
a doddering old man blinded by misguided love
for a beautiful yet evil sorceress.
Imprisoned I am, but not blinded - not now, or ever:
But let me tell you of those days.
In a time almost before memory, there was a battle among the gods.
The evil demon Nudd was defeated and chained
to a golden throne below a mountain.
Manacled though he was, his evil still extended
beyond the mountain, making the surrounding land barren,
and polluting everything it touched.
The enchantment he had cast over the Lady of the Lake
had such strength that even my gods were powerless to break it.
Then a new god came into the land.
His power was so great that the spell over the lady
could be broken by the mere touch of the hawthorn flower
that was holy to him, the one that bloomed only
on the anniversary of his birth.
When Arthur was born,
he learned to embrace the power of the new god.
But he also knew that the old gods, my gods, were not dead.
Only thus was he able to gain the sword.
So look now at those days
through the eyes of the boy.
Learn of England's need for him
and how he came to write his name in legend.
I say to you, the day shall come when the world
has need of him once more. On that day
shall I break these icy bonds and rise to my destiny
- to bring new life, through fire and glory,
to the bravest and truest knight the worm has ever known:
to Arthur - the once and future king.
Developed by:
Infocom, Inc.
Developer and publisher of interactive fiction games in the early 1980s. They were acquired by Activision in 1987.
Multiplayer:
No Multiplayer
Platform: 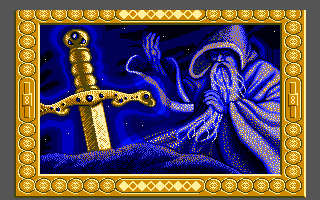 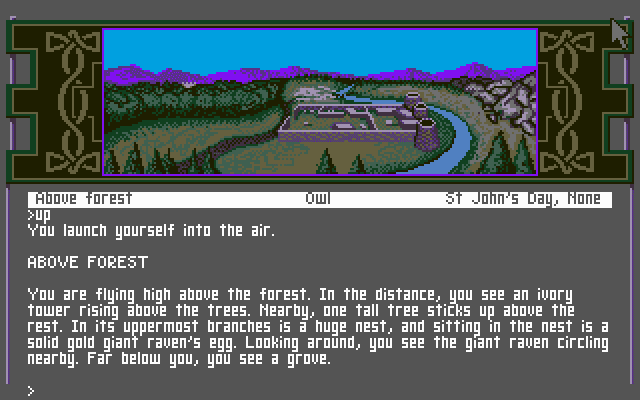 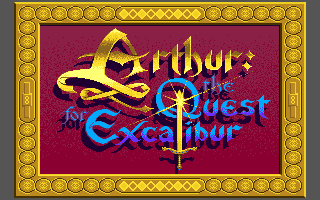 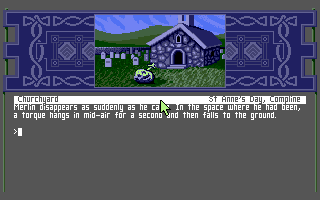 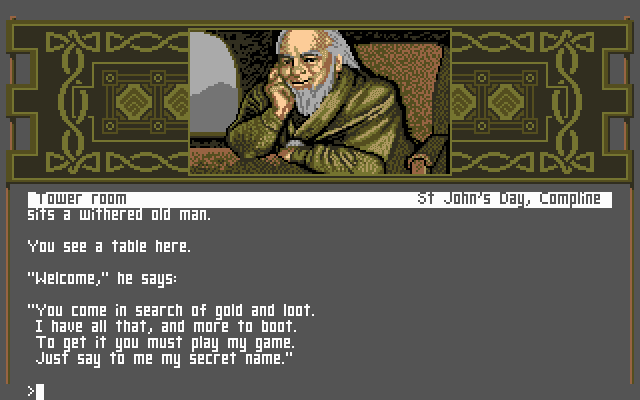 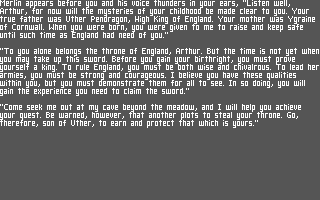