What if you are locked in a prison and your inmates transform into monsters overnight? What will be your next step, for saving yourself and getting them back to normal? Scary isn’t it? Well, what is a video game that doesn’t instill in you the craze to think of the impossible and make it seem real? If you are enthralled by the plot and wish to explore it further, then buddy, Abuse is the perfect game for you. A run and gun game, this a science fiction fast-paced side-scrolling game, is a complete package of heart-numbing plot and plentiful fights. The player here, that is you, don the hat of protagonist Nick Vrenna. You are imprisoned by the staff in unjust ways. But herein there is a lot left to unearth. Some unexpected and shocking truth. Soon you realize about the indulgence of staff in unethical medical experiments on the inmates. However, soon the experiment goes haywire and there begins a riot inside the prison. Except for Nick, all other inmates fall into the trap and get infected by a particular substance called Abuse, which transforms the inmates into monsters. However, Nick is immune to this and now is the only one who can save the catastrophe from taking graver heights. After the inmates, it’s the water supply that’s in danger of getting infected. Hence, it’s all on you as Nick to arm yourself and fight the horde for averting the danger. This later also helps you in escaping the prison and saving the prisoners. For completing the quest, you are armed with a variety of weapons, challenging gameplay, and much more. Face the mutants, solve puzzles and decode the exit from the prison. Filled with immense of nerve grasping twists and turns, be ready to set yourself on an amazing journey of suspense and thrill.
Developed by:
Crack dot Com
Crack dot Com, released the brilliant cult classic Abuse but, due to bad financial decisions, went bankrupt.
Multiplayer:
No Multiplayer
Platform:

Uploaded by:
nexus
Your rating:
Not rated - login - and rate 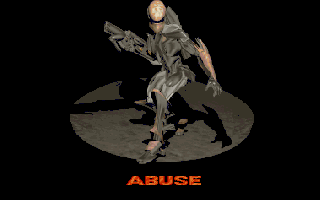 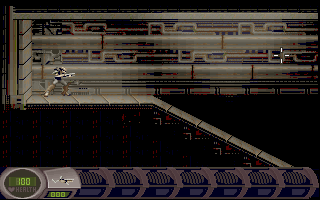 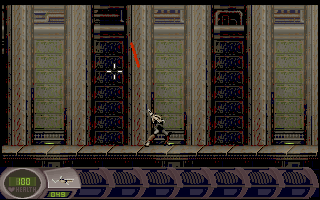 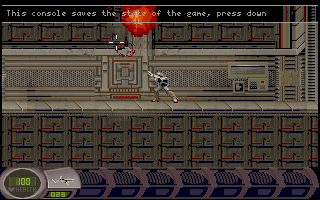 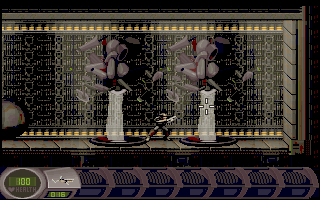 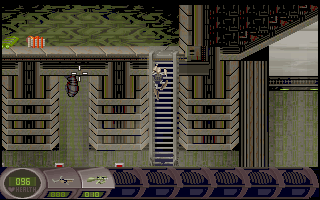 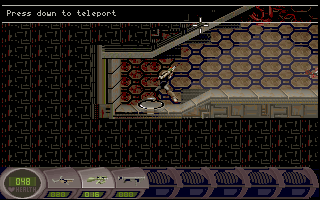 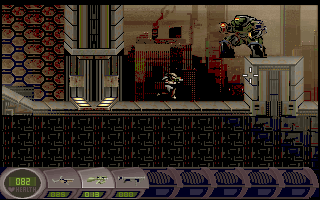 Abuse was an extremely impressive game when it was released in 1996 and it's unique features (mouse-based aiming and lighting effects) set it apart from most side-scrolling/platform games of the day. It's fun, frantic gun-play and action take center stage, while any storyline is nearly nonexistent (especially when compared to Super Metroid -- released two years earlier). Sales and popularity of Abuse were definitely not bad, but could have certainly increased had it been marketed as a Predator-Versus-Alien game; which, in all rights, is exactly what it is. In addition, players were craving 3D games far more than platformers during this time, and it's release during the same year as blockbuster games, like Duke Nukem 3D and Quake, severely hampered it's success. Nevertheless, Abuse still holds up surprisingly well, especially with it's innovative aiming mechanics that similar games have yet to incorporate.

I like this side stroller almost as much as Metroid. One of only the downfalls of Abuse is that it doesn't really have a story in the game.I really like the mouse controlls, and it is a long game.